NINJA STUFF: Cannibalism: A Post About Editing (Part One) 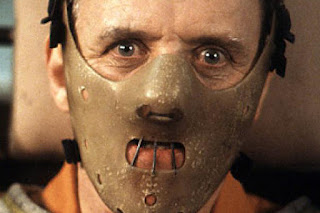 THIS WEEK IN NINJA-ING: Tuesday's Book of the Week is Finn Finnegan, Wednesday we're discussing Chapter 4 of Harry Potter and the Goblet of Fire, and Thursday author Darby Karchut will face the 7 Questions. Saturday, as ever, we'll be joined by a surprise literary agent.

Greetings, Esteemed Reader, from the home of YA writer Jody Sparks. I'm writing this from the soft, over-sized chair in front of her fireplace which is currently occupied by a basket filled with pine cones. Mike Mullin is at the table beside me writing the newest chapter in Ashfall 3: The Revenge, and Jody herself is at her desk behind me editing a manuscript. Shannon Alexander and Lisa Fipps couldn't be here today, but Mrs. Ninja has joined us and is sitting on the couch across from me looking very pretty, yet terribly serious as she writes.

It's Writing Day once again, that monthly day the YA Cannibals gather at someone's house and write. Jody and her family prepared some delicious crepes and we had breakfast with a discussion on writing and life, and now we've scattered to do a day's worth of writing free from distraction. I've got Spotify going in my headphones, but when I take them out I can hear people breathing and that's all. The YA Cannibals know how to party:)

We show our friendship by our silence. Today is a day to write away from the distractions of the real world. If I were to stop writing and try to engage anyone in the room in conversation, the person I spoke to would speak back--we're not jerks:)

But I know Mike is in a deep trance at this moment imagining a new scene for Alex and Darla, either of whom may presently be in the process of being raped or eaten:) Mike's many fans would surely not want me to break his meditative concentration, to yank him out of Iowa, out of the ash, out of the adventure just to hear me ask if he'd mind me spiking my coffee with more of his booze (I told you we knew how to party).

We'll write until we reach our goals, which are writ large on a white board for all to see. Everyone in this room knows I'm planning to finish this post before we take our first break, and they'll know I plan to write my review of the 4th Chapter of Harry Potter and the Goblet of Fire for the Ninja Book Club. Mike's already reached his goal of 500 words and he's writing more--show off:) Around 5:00 or so we'll play a card game, then call it a day.

Don't be fooled, Esteemed Reader. We don't call ourselves the YA Cannibals (I tried to make it MG Biters, but the YA writers outnumber me) because we sit around being nice to each other. Today is Writing Day and that is lovely, but we meet twice each month, and the other day, the dark day, is Critique Day. Critique Day has sometimes ended in tears.

The motto of the YA Cannibals is "We eat our own."

Every person in this house has eaten a portion of my heart at one Critique Day or another and they're some of the only people I trust to do it. These are the ruthless mercenaries who looked me in the eye, each and everyone of them, and told me my 850-page horror novel about alien abduction (I'll tell you more some other post, but it was fiction, I promise) should be shelved (like pulling the plug on a loved one). Because they broke my heart then, I trusted them more recently when they praised my book about zombies.

Incidentally, one nice thing about writing a zombie book is I can tell you what I'm writing about without spoiling anything:) In my book, the dead come to life to eat the living and if they bite you, when you die, you become a zombie. Oh no! I've given away the whole plot:)

Having a critique group I think of as family is one of the greatest weapons in my writing arsenal. I can get more done, faster, because I have the Cannibals. I feel like Batman (each and every day) when an army of super-powered aliens heads to Gotham. It's good to have super-friends one can call in such a situation:

"Hey, Hall of Justice, it's me. Is Clark there? Gotham's being invaded. Worse, I'm pretty sure the aliens know I have no super powers and my weakness is getting shot in the face. Lurking in the shadows until you get here."

Goodness, that second cup of coffee is tasting fine:)

Because each of the Cannibals has their own super-power, each is incredibly valuable to me in a different way. Just as Aquaman can rally great schools of fish, Mike Mullin checks the facts in my manuscripts. I've rarely met someone who paid closer attention to details than Mike. Jody is all about emotion, character, and motivation. Lisa's our poet, so she pays close attention to the language and vocabulary used. Shannon gives me a mother's perspective and helps me maintain suspension of disbelief.

It may or may not take a village to raise a child, but finishing a publishable novel  absolutely requires a writer's group. There's a reason the backs of good books are usually chock full of acknowledgements. To some degree, I've done my part to help shape the novels of the YA Cannibals. Lord knows they've done a lot of work on mine.

Because I can't really spoil a book about zombies (and the murderer was... a zombie), I'll share some of the YA Cannibals' specific edits with you and explain why the group was right and I was, alas, wrong. But I see this post is already running long, so I think I'll throw up that Back to the Future logo I like to use and make this a two-part post:

We've got so much going on this week, the second part of this will have wait until next Monday. That means an entire week will have passed for you, Esteemed Reader, but it will only have been minutes for me and I'll be on my third cup of inspiring coffee:) I'm going to take a restroom break, and then I'll join you in the future!