Middle Grade Ninja is available on Anchor, Spotify,  Stitcher, Amazon, itunes, Podbean, RadioPublic,  Listen Notes, and many other fine locations.
Lucienne Diver and I talk about how she separates the writer part of herself from the part that’s a literary agent and why it’s important to do so. We discuss her novel, DISAPPEARED, the current state of publishing and how she’s sustained a successful career in it, what compels her to suspense fiction, ways of appreciating other writers without getting intimidated, the Knight literary agency, a haunted experience, the Salem witch trials, and so much more.
Click here to see Lucienne Diver face the 7 Questions. 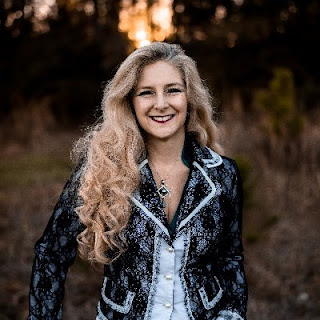 Lucienne Diver joined TKA in 2008, after spending fifteen years at New York City’s prestigious Spectrum Literary Agency. With her sharp eye and gift for spotting original new voices, Lucienne is one of the most well-respected agents in the industry. A lifelong book addict, she graduated summa cum laude from the State University of New York at Potsdam with dual majors in English/writing and anthropology. She thus came well-equipped for her work as an agent.
Over the course of her dynamic career she has sold over seven hundred titles to every major publisher, and has built a client list of more than forty authors spanning the commercial fiction genres, primarily in the areas of fantasy, science fiction, romance, romantica, suspense and young adult. Her authors have been honored with the RITA, National Readers’ Choice, Hugo, and Romantic Times Reader’s Choice Awards, and have appeared on the New York Times and USA Today bestseller lists. A publishing veteran, Lucienne has superb industry knowledge, numerous editor relationships, and a keen understanding of the foreign rights market. She is a member of the Association of Authors Representatives, RWA, MWA and SFWA.
Lucienne Diver is the author of the Vamped young adult series—think Clueless meets Buffy—and the Latter-Day Olympians urban fantasy series, which Long and Short Reviews calls “a clever mix of Janet Evanovich and Rick Riordan”. Her favorite pull quote ever!
Her short stories have appeared in the KICKING IT anthology edited by Faith Hunter and Kalayna Price (Roc Books), the STRIP-MAULED and FANGS FOR THE MAMMARIES anthologies edited by Esther Friesner (Baen Books), and Faith Hunter’s Rogue Mage anthology, TRIBULATIONS (Lore Seekers Press). Her essay “Abuse” was published in DEAR BULLY: 70 Authors Tell Their Stories (HarperCollins).
Bella Rosa Books released her first two young adult suspense novels, FAULTLINES and THE COUNTDOWN CLUB, and she’s looking forward to the 2020 release from WordFire Press of her latest YA suspense, DISAPPEARED, wherein two teens struggle with the story their father tells about their mother’s disappearance versus their fears and mounting evidence.
On a personal note, Lucienne lives in Florida with her husband and daughter, the two cutest dogs in the world, and enough books to some day collapse the second floor of her home into the first. She likes living dangerously. 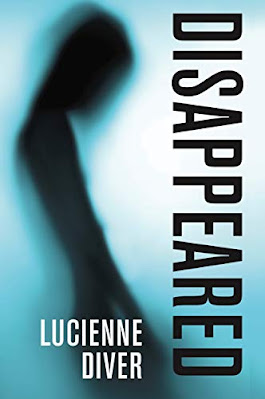 Disappeared by Lucienne Diver is a gripping YA suspense with a twist that readers won't see coming.

The story their father tells about their mother’s disappearance doesn’t add up for Jared and Emily Graham.Foul play is suspected, intensifying their fears.Their mom’s car is discovered, abandoned and covered in blood. No one will tell them what's going on, so they're going to find out for themselves. Their investigations into what really happened to their mother may have killer consequences for them both, especially if the truth hits close to home.

"DISAPPEARED is a wonderfully creepy read! Full of devious twists and filled with characters who are so real you genuinely care about them. Highly recommended!" —Jonathan Maberry, NY Times bestselling author of ROT & RUIN and V-WARS

"A fast-paced murder-mystery with relatable characters and a shocking twist; perfect for large collections where mysteries are popular."—School Library Journal