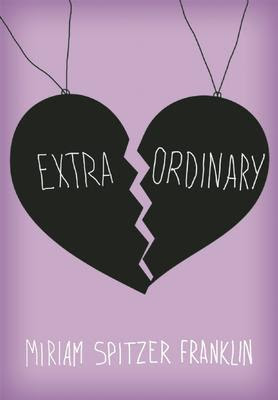 It all started with my dad. He was a chemical engineer who wrote plays in his spare time. I noticed the way he was lost in his own world when he sat at his typewriter wearing a cap, muttering the lines to himself and laughing out loud at his jokes. I watched in amazement as he sat at the kitchen table, acting out the different roles by moving around the salt and pepper shakers. Laughing, again.

I helped my dad make copies, dividing the pages into different piles. I went with him to the post office to mail off his scripts. I saw the look of pride on his face as he told the post office worker that his manuscript should be mailed at the Book Rate, as it was a professional piece of work. And I saw the look of disappointment when he found one of those self-addressed stamped envelopes in the mailbox, a "Dear Writer" letter inside.

Then I saw him sit down at the typewriter, cap perched firmly on his head, and start all over again.

My personal writing journey began with a creative writing class in college. I was encouraged by my professor and completed my first young adult novel, which won the creative writing award for the school. Boosted by my accomplishment, I sent off letters to agents after completing only a first draft, confident that someone would "love the authentic voice" the way the professors had. Rejections boomeranged back at me. I revised some, then got busy writing my second young adult novel.

Soon I accepted my first full-time teaching job, leaving only summer vacations for writing. Although I revised those first manuscripts a couple more times, I didn't get serious until a few years later when I wrote my first middle grade novel. I signed up for a critique at a SCBWI conference, and an author asked to read the rest of the manuscript and then referred me to her editor at Clarion. I sent the manuscript off in the mail with a self-addressed stamped envelope and received a revision request a few weeks later.

As you can imagine, I was jumping up and down with excitement. This editor sounded really enthusiastic and couldn't wait to see my revision! She was going to publish my book, I just knew it. I worked on the manuscript a little while, sent it off again, and this time it came back quickly with a brief rejection and a handwritten note saying the editor was moving to Random House. When I tried to send the revision to her at Random House, she said she was only accepting new manuscripts. I was sure I hit rock bottom then, but it was only the beginning of my long rejection-paved road on the way to publication.

It took another fifteen years before my debut novel, EXTRAORDINARY, was published. During those years, I discovered critique partners who pushed my writing to the next level and sent out hugs when I needed them, received a number of R&Rs from agents and editors, and began seriously learning about improving my craft. I began writing EXTRAORDINARY when my oldest daughter, Eliana, was still taking naps in the afternoon. Eliana is now in high school. While I thought about how to fix EXTRAORDINARY, I worked on 4 or 5 other novels.

In between, I'd go back to EXTRAORDINARY. The book went through so many revisions before signing with an agent that I was sure the next part of the submission process would be easy.  I thought, finally, it's going to happen for me! Then came years of submitting to editors and umpteen more revisions. The book of my heart that made it to the shelf barely resembles that first draft or the ones afterward that piled up countless rejections.

Yes, I almost quit. A million times. It was always the characters that pulled me back to my computer, to the story that I didn't want to give up on no matter how many rejections I collected.

Some people might wonder why I didn't self publish. After all, fifteen-plus years of writing and submitting is a long time. But I knew middle grade that has been called literary and "quiet" would never find its way to readers without the help of a traditional publisher. My book needed to be in bookstores where people might see the cover and pick it up, and it belonged in libraries and schools. Though I had my hopes dashed many times, deep down I'm really relieved that my earlier versions of EXTRAORDINARY and other manuscripts did not make it out into the world.

And my dad? When he passed away last year at age 90, he was still writing plays and sending off to screen agents, hoping he'd become rich and famous one day. Over the years, he placed in some play-writing contests, had a number of plays published, and received small royalty checks occasionally from some high school or air force base that performed one of his productions. He never considered himself a successful playwright, based on the goals he'd set for himself. But he'd made people laugh by watching his comedies, and he left behind the greatest gift possible: he was a role model to one of his daughters, who never gave up on her dream of publishing a novel.

Miriam Spitzer Franklin is a former elementary and middle school teacher who currently teaches homeschooled students and is a writer in residence with the Charlotte-Mecklenburg Schools. Extraordinary, her debut middle grade novel, was inspired by a niece who suffered a brain injury after a high fever led to a stroke. Miriam lives with her husband, two daughters, and two cats in Charlotte, North Carolina. 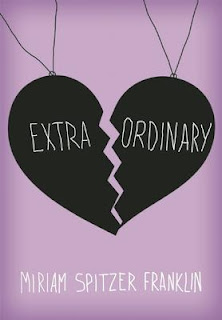 Last spring, Pansy chickened out on going to spring break camp, even though she’d promised her best friend, Anna, she’d go. It was just like when they went to get their hair cut for Locks of Love; only one of them walked out with a new hairstyle, and it wasn’t Pansy. But Pansy never got the chance to make it up to Anna. While at camp, Anna contracted meningitis and a dangerously high fever, and she hasn’t been the same since. Now all Pansy wants is her best friend back—not the silent girl in the wheelchair who has to go to a special school and who can’t do all the things Pansy used to chicken out of doing. So when Pansy discovers that Anna is getting a surgery that might cure her, Pansy realizes this is her chance—she’ll become the friend she always should have been. She’ll become the best friend Anna’s ever had—even if it means taking risks, trying new things (like those scary roller skates), and running herself ragged in the process.

Pansy’s chasing extraordinary, hoping she reaches it in time for her friend’s triumphant return.

“Extraordinary is a tender coming of age story that exemplifies the meaning of friendship, and gently reminds the reader that we are capable of more than we think.”- Compass Book Rating, FIVE STARS