Diana Rodriguez Wallach and I discuss cults, demonic possession, and writing YA horror in her new novel, SMALL TOWN MONSTERS. It’s a Halloween-themed episode, so we talk about Ed and Lorraine Warren, Stephen King, and that time Diana lived in a haunted house. Writing occasionally comes up as well, so we also discuss her journey through multiple literary agents, how she plots her fiction, her writing and reading habits, the importance of Latinx representation, a revelation about writing from a psychic, and so much more. 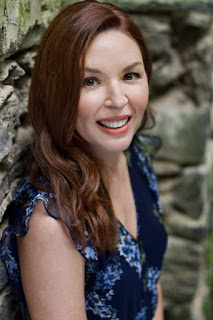 Diana Rodriguez Wallach is a multi-published author of young adult novels. Her most recent, SMALL TOWN MONSTERS, is a YA Latinx horror novel that will publish in Fall 2021 through Random House’s Underlined imprint. Additionally, Diana is the author of the Anastasia Phoenix Series (Entangled Publishing), a trilogy of young adult spy thrillers. The first book in the series, Proof of Lies, has been optioned for film and was chosen as a finalist for the 2018 International Thriller Awards for Best Young Adult Novel. Additionally, Bustle listed her as one of the “Top Nine Latinx Authors to Read for Women’s History Month 2017,” and Paste named Proof of Lies one of the “Top 10 Best Young Adult Books for March 2017.”

In 2011, Diana published an essay in Dear Bully: 70 Authors Tell Their Stories (HarperCollins), which was the only essay from the anthology selected by Scholastic to be used in its classroom materials. Diana is also featured in the anthology, Latina Authors and Their Muses (Twilight Times Books, 2015).

Diana has taught as a Creative Writing Instructor for Johns Hopkins University’s Center for Talented Youth since 2015, and she has led Creative Writing Workshops in inner-city schools throughout the Philadelphia region for over ten years. She previously wrote as a blogger for Quirk Books, and she currently volunteers with the nonprofit organization Mighty Writers, which promotes writing in urban communities. Diana holds a B.S. in Journalism from Boston University, and currently lives in the Philadelphia area with her husband and two children. The Conjuring meets The Vow! This is the terrifying story of a girl, a dark angel, and the cult hellbent on taking over her small, coastal town. Vera Martinez wants nothing more than to escape Roaring Creek and her parents' reputation as demonologists. Not to mention she's the family outcast, lacking her parents' innate abilities, and is terrified of the occult things lurking in their basement. Maxwell Oliver is supposed to be enjoying the summer before his senior year, spending his days thinking about parties and friends. Instead he's taking care of his little sister while his mom slowly becomes someone he doesn't recognize. Soon he suspects that what he thought was grief over his father's death might be something more...sinister. When Maxwell and Vera join forces, they come face to face with deeply disturbing true stories of cults, death worship, and the very nature that drives people to evil.
DianaRodriguezWallach.com
Posted by middle grade ninja at 9:11 AM