Kereen Getten and I discuss her career in publishing and her new novel, IF YOU READ THIS. We talk about how she persevered despite the general discouragement of a lack of diversity in publishing as well as direct discouragement from a career counselor, how she met her agent online and then in person, how she deals with rejection and imposter syndrome, what it’s like to debut during a pandemic, how she plans and schedules her writing, why it’s important to sometimes take a day off, a disembodied voice that called to her, and so much more. 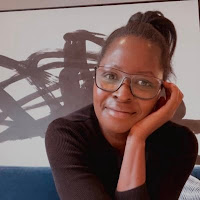 Kereen Getten grew up in Jamaica but now lives in Birmingham with her family. She has previously written short stories for multiple publications including Notts Review and Adhoc Fiction. She was nominated for Best Short Fiction 2018 and highly commended for the FAB prize. When not writing you can find her out in nature, planning her next travel adventure, or watching Netflix. 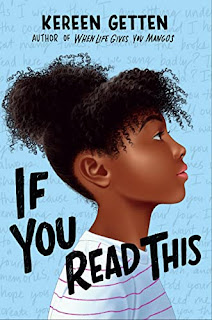 When Brie was younger, her mama used to surprise her with treasure hunts around their island town. After she died three years ago, these became Brie’s favourite memories.

Now, on her twelfth birthday, her mama has another surprise: a series of letters leading Brie on one last treasure hunt.

The first letter guides Brie to a special place.

The next urges her to unlock a secret.

And the last letter will change life as she knows it.

This is a coming-of-age story capturing the edge of adolescence, when everything is thrilling, amazing, and terrifying in a way it will never be again.

Posted by middle grade ninja at 8:47 AM

Email ThisBlogThis!Share to TwitterShare to FacebookShare to Pinterest
Labels: If You Read This, Interview, Kereen Getten, Middle Grade, Podcast, When Life Gives You Mangos