Mike Johnston and I discuss his new middle grade series, CONFESSIONS OF A DORK LORD, and the stylistic differences between his fantasy writing for adults under the super-secret penname, Michael Johnston. Also, medieval toilets. We chat about working with his illustrator, how experience as a dungeon master in Dungeons and Dragons helps with world building in fantasy, how actual architecture is surprisingly not like plotting a novel at all, collaborating with his wife, author Melissa de la Cruz, and so much more. 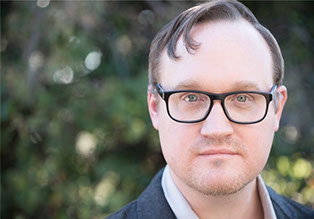 Michael Johnston was born in 1973 in Cleveland, Ohio. As a child and a teen he was an avid reader of science fiction and fantasy. He studied architecture and ancient history at Lehigh University and during a lecture on the history of ancient Egypt, the seed of an idea was born. He earned a master’s degree in architecture from Columbia University, graduating at the top of his class. Michael worked as an architect in New York City before moving to Los Angeles. Sparked by the change of locale, a visit to the desert, and his growing dissatisfaction with the architectural industry, he sought a way to merge his interests in architecture and history with his love of fantasy. By day he worked as an architect, but by night he wrote and researched an epic fantasy novel inspired by the history of ancient Egypt and the tragic story of King Lear. After working this way for several years, he shut down his successful architecture practice and resolved to write full time. He now lives and writes in Los Angeles with his wife and daughter. 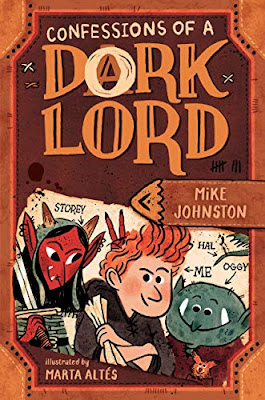 Despicable Me meets Diary of a Wimpy Kid in this hilarious illustrated middle grade adventure that follows a hapless warlock-in-training as he struggles to live up to his great and terrible destiny.Meet Wick. He's the son of the Dark Lord, heir to the throne of black and broken glass, and next in line to be the leader of the Grim World. Too bad he's stuck in Remedial Spell Casting (he can barely even cast the fart-revealer spell), he's allergic to fire and brimstone, and the bullies at school insist on calling him Dork Lord.Full of humor, hijinks, and lively illustrations, Confessions of a Dork Lord follows Wick through the pages of his journal as he comes up with a genius plan to defeat his foes, achieve greatness . . . and survive Middle Ages School."I loved every page, and your kid will too!" --Melissa de la Cruz, bestselling author of the Descendants series"It's not easy being bad. But this book will give you a head start." --Pseudonymous Bosch, bestselling author of the Secret series"Hilarious! Not to be missed!" --Eoin Colfer, bestselling author of the Artemis Fowl series

Posted by middle grade ninja at 9:51 AM