GUEST POST: "Beyond the Doors: Find Your Avocados!" by David Neilsen 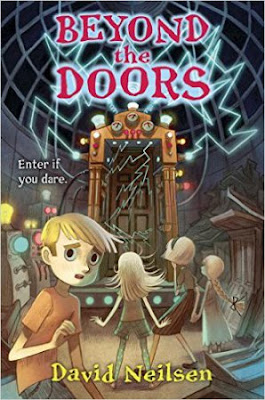 The journey I underwent to get my upcoming novel published is not one I would recommend for other writers. While I am quite pleased and proud of the final result, a deliciously-creepy, humorous Middle Grade adventure called Beyond the Doors, getting to this point was difficult, stressful, and difficult. Did I mention stressful?


Because you never know when you’re going to find your avocados. 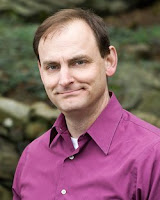 David Neilsen is the author of odd, weird, supernatural, and occasionally slightly disturbing stories. His debut novel, Doctor Fell and the Playground of Doom, was published by Crown Books for Kids (a division of Random House) in August of 2016. His next book, Beyond the Doors, will be published August 1, 2017. David is based next door to Sleepy Hollow, NY and also works as a professional storyteller up and down the Hudson River Valley. His one-man performances based on the work of H.P. Lovecraft have sent many screaming into the hills in search of their sanity while his education school presentations have inspired hundreds of Middle Grade-aged children.  Learn all you could ever hope to learn about David and his work by visiting his website at https://david-neilsen.com/. He is not a ninja. 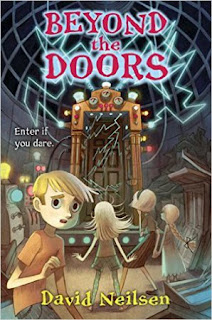 Fans of A Series of Unfortunate Events and Coraline will devour this dark and creepy, humor-laced tale about four siblings who discover a mysterious world where secrets hide around every corner. When a family disaster forces the four Rothbaum children to live with their aunt Gladys, they immediately know there is something strange about their new home. The crazy, circular house looks like it stepped out of a scary movie. The front entrance is a four-story-tall drawbridge. And the only food in Aunt Gladys’s kitchen is an endless supply of Honey Nut Oat Blast Ring-a-Dings cereal. Strangest of all are the doors—there are none. Every doorway is a wide-open passageway—even the bathroom! Who lives in a house with no doors? Their unease only grows when Aunt Gladys disappears for long stretches of time, leaving them alone to explore the strange house. When they discover just what Aunt Gladys has been doing with all her doors, the shocked siblings embark on an adventure that changes everything they believe about their family and the world.

david-neilsen.com
Posted by middle grade ninja at 11:13 AM

Email ThisBlogThis!Share to TwitterShare to FacebookShare to Pinterest
Labels: Beyond the Doors, David Neilsen, Dr. Fell and the Playground of Doom, Guest Post, Horror, Middle Grade