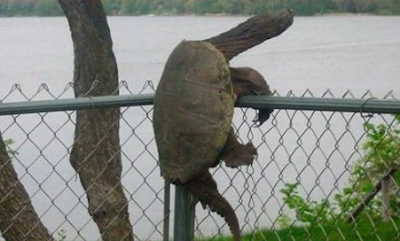 Esteemed Reader, I have needed a breather. I've taken it and I'm trying to calm down. It is un-ninja like to run around frantically waving one's arms attempting to accomplish everything and therefore accomplishing nothing. I've become increasingly manic and must slap myself and tell myself to breathe, just breathe.

If you're a regular Esteemed Reader, you already know I'm expecting a Little Ninja this year. It's my first at an older age and I'm quite a bit nervous. If life were some feel-good movie about fatherhood like Jersey Girl (which I am now forced to have renewed reverence for as it apparently stared Batman) the next few months would fly by, possibly in a montage set to "Walking on Sunshine" (whoa-oh) and wouldn't it feel good?

There's me driving like a maniac to the hospital, endangering lives because it's always an amusing crowd-pleaser, there's me hyperventilating even worse than poor Mrs. Ninja as she's giving birth, and finally we hear a cry and the camera pans to me and my eyes get all big and the music swells.

Montage 2: Me pushing a stroller, me taking my son camping, to the library, to the museum, us staying up together late working on a project that wins first place in the science fair. And then, later, I bump into you, Esteemed Reader, and I give you a speech about how my life had no meaning until I had a child and now I know true happiness and peace and everyone lives happily ever after and doesn't it feel good, I'm walking on sunshine, whoa-oh.

Alas, life is not a feel-good movie. I blame the government:)

Mrs. Ninja is getting the worst of this pregnancy thing, no argument here, but pending fatherhood has its own issues and stresses. For me, I worry that I won't have enough time to write with a newborn in the house, so I'm writing like a crazy person now and working on projects that aren't this blog, but which will be available for you soon.

Part of what makes me a writer is my capacity for hyper-attention to one thing, like, say, a book. Example: I once spent years learning everything there was to know about UFOs and alien abduction to write an 800+ page horror novel I've been assured by multiple readers isn't very good and now I wouldn't even self-publish it. It was just something I had to write on my way to perfecting my craft and finding my voice.

I've written better books since, none of them about UFOs, but for the two years I was writing that beast I could have quoted you an endless litany of dates and names about a topic that is mostly (but disturbingly not all) pseudo-science at best (as a fiction writer, I don't care about validity of facts). A large part of my brain was completely consumed with testimony from witnesses I interviewed, but most of that junk got jettisoned by knowledge of robots for The And Then Story, and for the past year I've known more about the walking dead and surviving a zombie apocalypse than is really practical to know.

In the event I am ever surrounded by zombies and/or grey aliens, I feel like I have an advantage over the rest of the population:)

This hyper focus of mine also applies to this blog, which is why I promised in my New Year's Resolution to get back to regular posting and then promptly proceeded to set an impossible schedule of five to six posts per week. I burned myself out, of course, and the result was this blog's been relatively quiet this past month. I might argue that as these posts remain popular long after I've written them (I can't believe people are still reading this post about writing stage fright I wrote 3 years ago, but traffic tells me they are), so therefore, it's good I wrote so many posts, even if this blog's schedule has been erratic).

I know enough about being me to know I'm not really going to change. Reading Hugh Howey's I, Zombie taught me that in a way we're all just passengers in the mindless machine that is our body, and I'm going to be me no matter what I do. If you have the stomach for zombie fiction, you should totally read that book.

I can only kinda, sorta hope to control my manic bursts of energy and target them. When a story grabs me, I'm still going to chase after it with wild abandon and when that happens I frequently forget to eat or bathe, let alone blog. When that energy is aimed at blogging, I'm still going to write a whole bunch of posts, and when it's not, I won't.

I can control when I post interviews and reviews. I may not be able to pace myself, but I can pace this blog. I judge it's better to go three weeks with one post a week than to do a week with three posts and then two weeks with no posts. So starting next week, I'm going to be writing more posts than appear here and eventually we'll finish our discussion of Harry Potter and the Goblet of Fire, probably in late 2016:)

Also, Ben Affleck as Batman--not the worst idea I ever heard. He's a rich pretty boy who's dated tons of beautiful women and likes to brood a lot. Bruce Wayne isn't going to be a big stretch for him. I know the internets are all riled up, but I lived through the Joel Schumacher years. Things could be a lot worse and I think Batffleck has the potential to be great.