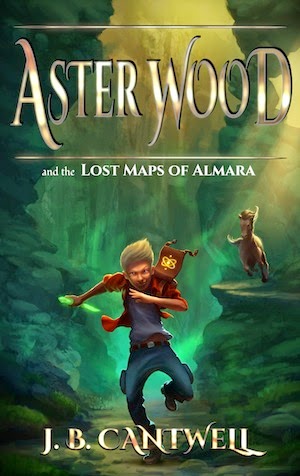 I am not one of those writers who has been penning stories since I was five, dreaming of the day that I would see my work on store shelves. I started writing just sixteen months ago, practically by accident, and twenty pages into what was supposed to be a companion guide for a video game, I realized I had a novel on my hands.

Excited by my new, unexpected hobby, I took the story and ran with it, completing the first draft of 75K words six months later. But there were problems. The story was too descriptive, lacked solid structure, conflict, hard choices on the part of the protagonist. I was lucky to have a dear friend point these problems out to me, and committed enough to learn how to fix them.

Not long after the second draft was completed, I started querying agents. I probably contacted just about every agent listed on this website and many, many more. And so began the oh-so-long string of rejections. The work was still quite thick, not catchy enough, perhaps, for the mainstream MG crowd. I tore that novel apart and put it back together more than once (something I don’t recommend if you want to keep your sanity). But by the time I was done, it was too late. Over a hundred agents had been queried in my haste to see if I had what it takes to make a go at writing. And over a hundred “no thank you” notes have come my way since, despite a smattering of full and partial requests. They all sounded something like…

Too long
Something too similar on her list already
Voice isn’t right for MG
Voice is great, but character problems
Polished and accomplished, but not right for me
Portal stories are overdone in today’s market
Sorry I didn’t read it for six months, but turns out I don’t like it anyways

So, somewhere around rejection #70, I realized I was in trouble. I entered a contest called “Pitch Wars” in a desperate attempt to get help from an editor or intern or anybody so that I could get my query and first fifty into a better place. This was where I made the extremely fortunate choice of Brent Taylor as mentor/victim. You query the mentors just like an agent and then sit back and pray that somebody picks your story to lend their expertise to. Participants who are chosen get a fair amount of attention, winners get a real shot at getting agented.

Brent was interested in the story, and so kind in his critique. But in the end he also chose to pass. My experience with him had been so good that I decided to pursue working with him further. At the time, Brent was heading up a small editing service called “Teen Eyes Editorial.” I sent him my manuscript after the contest was through, and his sharp eye and immensely supportive nature really carried me through a difficult time in my writing. It still does.

It was only later that I realized that Teen Eyes is run by…wait for it…teenagers.  Yes, it was quite a facepalm moment when I realized that my dear Brent was eighteen years old. But months and months of working closely together had already taught me that he was a gem. I’d still scramble to work with Brent if he was twelve; it wouldn’t matter. You should, too, or any of the other talented young people at Teen Eyes.

But I was too late, in many ways, to succeed at going mainstream. Really, there are only so many agents in the world, and it seemed most of them had already rejected me, despite the hefty revisions I had worked on with Brent that had turned my story around. Now, I had what was shaping up to be a pretty decent book on my hands, but nobody left to query about it.

That was when I stumbled across Kboards, and my understanding and attitude about publishing was eventually changed forever. Here was a forum chock full of writers, some good, some not-so-good, who were making a go at indie publishing. I was fascinated, but refused to commit to the idea of going indie. At first, the whole idea left a bad taste in my mouth. If I couldn’t make it past the gatekeepers of the big houses, wasn’t I simply not good enough? Maybe. Or maybe, just as every rejection said, I just wasn’t the right fit at the right nanosecond of time for any of the agents I was coveting.

After a few months of reading Kboards every day, I decided I was going to go for it. I wasn’t ready to abandon my project, to chalk it up to that first book that ends up in the drawer and move on to something different.  All those hours reading the board had taught me that I already had all the right pieces of the puzzle in hand to have a shot at success

I got to writing the second book and devised a strategy.

“The Plan” may sound nutty to some. Why would anyone want to give away a book that took a year to write and revise (and revise and revise)? The proof is in the pudding. Permafree works very well as a marketing strategy, and though it isn’t quite as powerful a tool as it was a year ago, it’s still quite effective.

The thing about going indie that gets me excited is the fact that independent authors have total control over their final product. We have the freedom to experiment with covers, typeface, book descriptions (or blurbs), keywords, and all advertising. You may read this and think, “But I don’t want to do all that.” But I think it’s fun and extremely empowering to know that if a mistake is made, I have the power to fix it with just a few clicks. True, it would be glorious to be able to tell the whole world that the pearly gates of Scholastic were opened up to me amidst fanfare and worship. But the reality is that, from a business perspective, I’m much more likely to make money in the indie world than with a traditional publisher.

Last month, a month early, I released the first book in my Aster Wood series. I’ve barely told anybody before now about the release because I wanted to learn the process so that I didn’t crash and burn in the middle of a promotion. Now I understand how to create the ebooks, upload them to each vendor, tweak keywords, make changes, experiment with tiny promotions to see how they affect the ranking, and a zillion other miniscule things. I am currently getting about 70 downloads a day without promoting the book in any way. Will any of these readers turn into “conversions”? That is to say, will they buy Book 2 and the rest? Standard conversion rates from permafree titles vary from 2%-25%, so only time will tell.

But I feel good. Really good and really excited. How did I get here, claw myself up from the rejection of the query trenches? Reading Kboards every day. There are so many successful authors in the Writer’s Café who will share their knowledge with you. And when I say successful, I mean some of these people are making millions of dollars a year. There are also many up-and-comers who are testing the water, like me, who will share their first experiences with marketing, design, mailing lists, and anything else you can think of that’s relevant to the independent publishing world. And plenty who are making $10 a month. No matter what level of writing and/or marketing/luck you find yourself at, you can find support on Kboards.

The indie landscape is changing daily. What works to promote changes daily. So I read and study daily.

I don’t know if I’ll make any money on Aster Wood. But from what I hear, traditionally published authors don’t usually make much, anyways. I feel that, armed with the knowledge I have of my audience, the process of going indie, as well as how to work with Amazon to get my books in front of as many eyes as possible, that I have a better shot at making a living than many traditionally published authors ever could.

I may not have the prestige of the Big 5, but I have control.

You can find the first FREE book in the Aster Wood series, Aster Wood and the Lost Maps of Almara, here:
http://www.amazon.com/Aster-Wood-Lost-Maps-Almara-ebook/dp/B00MI6LEKO/ref=sr_1_2?ie=UTF8&qid=1407773339&sr=8-2&keywords=aster+wood 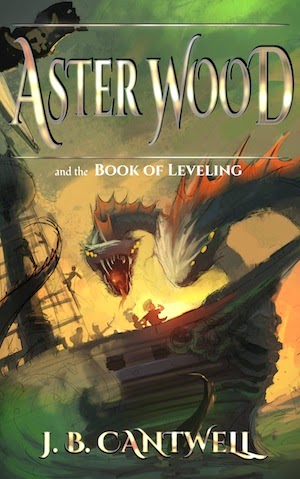