What don’t legendary editor Elizabeth Law and I chat about in this far-ranging conversation that only begins to scratch at the surface of her vast publishing knowledge? We discuss her interactions with literary agents, working with Stephen King, her “cameo” in GERALD’S GAME, her work for Roald Dahl, the origin story of previous guest, Dan Gutman, lessons learned from Robert McKee, and a kiss with Hamilton’s Jonathan Groff. Elizabeth Law shares incredible insights on writing dialogue, description, characterization, theme, and an overview of so much of what’s she’s learned during her distinguished career. Hear her blow my mind by telling me word count isn’t nearly as important as I think it is, and then she shares the secret of what every publisher is looking for. 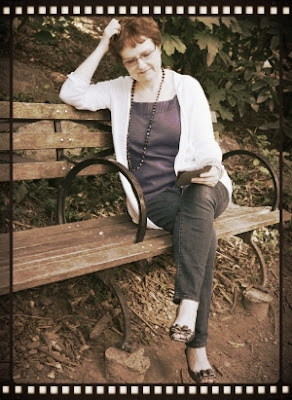 Elizabeth Law is a children’s and young adult publisher and editor with over three decades of experience. In her own words: "I worked at Viking Penguin, and at Penguin’s divisions Puffin Books and Frederick Warne and Co, for 18 years, leaving to become Associate Publisher of Simon and Schuster Books for Young Readers.  And in 2007 I left there and became the first publisher of Egmont USA.  At Egmont I got to help create a company from the ground up, which taught me, among other things, to think creatively about ways to get attention for books when you’re competing against other books' huge marketing budgets.  From 2013-2017 I worked as a consultant, with writers and artists and people who just love children’s books as much as I do.  I’ve kept that work up as I took a role at Holiday House Books for Young Readers as their backlist and special projects editor. I continue to acquire and work on terrific books, including the recent debut title Itch by Polly Farquhar, which has received starred reviews from Kirkus and Booklist."

ELawReads.com
Posted by middle grade ninja at 8:46 AM