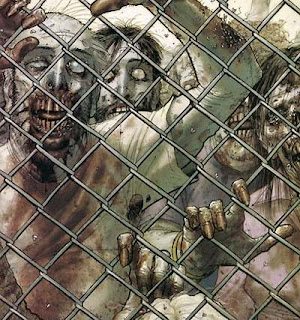 THIS WEEK IN NINJA-ING: Tuesday's Book of the Week is Greenhorn, Wednesday we're discussing Chapter 5 of Harry Potter and the Goblet of Fire, and Thursday author/literary agent Anna Olswanger will face the 7 Questions. Saturday, as ever, we'll be joined by a surprise literary agent.

Greetings from the world of twenty minutes after last week's post, Esteemed Reader. I took a walk, chatted a bit with Mike Mullin and Jody Sparks, and made myself a fresh drink. It's Writing Day and I'm with the YA Cannibals.

Last week, or whenever you read the first part of this post, which is where I'd recommend you start, we discussed the importance in my life of my writer's group, who are my extended family. They're my trusted companions on my writer's journey and I wouldn't feel right submitting a manuscript to anyone without them. They're my first readers and my toughest critics.

My Grandmother-in-law (is that a thing?) used to say she beat her kids so the police didn't have to (I'm told she said it in a very loving fashion). The Cannibals eat my darlings so Esteemed Reader won't set my book aside unread. I've turned my zombie book over to my agent and it's off to do it's thing, but I never would've sent it anywhere without the approval of the YA Cannibals.

For five months, I wrote my zombie book one chunk at at time. When I got to a cliffhanger, I sent my manuscript to the group so they read it like a serial. Getting their feedback one section at a time allowed me to address plot concerns as the story was still wet cement before the draft was fully formed and hardened. Nothing drives me crazier than a great suggestion from one of the YA Cannibals for a major change that would've been great if I hadn't already written a whole novel that would be undone by the change.

Also, writing for the group kept me on task. Making sure I left them with a cliffhanger each section helped ensure the book had plenty of cliffhangers and forced me to keep the story moving forward. The group ripped my drafts to shreds, of course, but they were appalled and disgusted by my little book, which encouraged me to make the next section more disgusting and appalling.

I made their changes as I went and then I had them read the full book once it was finished. Knowing as I went which zombie bits were most disturbing the group and giving them the creeps allowed me to double down on some elements to make a scarier book. With the help of the YA Cannibals, I can confidently say I've written my best book yet because they've told me it is, and they would know as they're not the least bit shy about telling me when my writing sucks:)

Speaking of which, I thought I might share with you some of their specific notes for me. Maybe learning from my mistakes will help you avoid them in your own writing. So here, for the first time anywhere, I present a passage from my new book and an official revision from Mike Mullin, author of Ashfall and Ashen Winter:


"Understand?"
I don't think either Ben or I understood completely, but we nodded as though we did.

"Understand?"
We nodded as though we did.

I hope I haven't given away the whole story:)

There was technically nothing wrong with my version of the exchange, but Mike's version is punchier and shorter. It is, in a word, better. I might've read over that same passage 40-50 times and never noticed the need to shorten it, but Mike spotted it his second time through. I've been reading Mike's revisions long enough to know if he suggests a change and it doesn't interfere drastically with the meaning of what I've written, I make his change.

Jody Sparks has been my zombie book's greatest champion as we grew up in similar circumstances and some of the themes in my story seemed to resonate strongly with her. For instance, both our fathers were eaten by reanimated corpses:( Jody's praise and the praise of her teenage daughters (who I'm certain I've warped for life) kept me writing despite the inevitable doubts that set in around the middle of the second act (that train is never late).

Jody made notes anytime a character should be showing more emotion, or anytime the emotion didn't make sense in the context of the scene. In one embarrassing scene, I had a small child who'd had much of the flesh of his arm bitten off (it's a lovely story) sitting calmly, not crying, and even having a rational discussion with an adult. Jody called bull-crap on that and thank goodness. I almost sent my manuscript off with its fly down. If my character's motivation is "because I say so," Jody catches it and helps me to give the characters actual motivation.

Lisa Fipps is the poet of our group and her strength is language. She pays far more attention to it than I do. I turn a phrase as well as I can, but too often for me language is a vehicle through which I can deliver story, not necessarily the craft itself. Whereas Lisa will usually look at language first and worry about story second, which is why she noticed my walking corpses were "shambling" everywhere. In an early draft, I had somebody shambling on every other page. Lisa marked all of them so that when I was unburdened with telling the story, I could focus on coming up with a more interesting variety of verbs.

I kept running, vomit spewing from my mouth.

Shannon Alexander was an absolutely invaluable reader  because she doesn't like horror stories and has almost no familiarity with zombies. I didn't know it was possible to reach adulthood in America without knowing that if a zombie bites you, when you die, you come back as a zombie. But Shannon didn't know and her notes reminded me to go back and add in some obligatory exposition for other newbies.

Shannon is also great about letting me know when I've broken the suspension of disbelief, usually by having characters behave like puppets rather than doing the rational thing. A character standing still during a zombie attack makes it easier for me to kill them off, but isn't believable. This was my favorite of Shannon's notes: Here’s my mommy card. I’m not allowed in the clubhouse anymore (after suggesting I downplay the death of a child character).

There were some major revision suggestions the YA Cannibals hit me with early in the process it might've taken me 15 drafts to catch on my own. Whenever the group is unanimous in a suggestion, I nearly always make the change... Except when I don't.

As much as I respect and trust the opinions of my friends, ultimately I'm the author of the story and sometimes their greatest gift to me is strengthening my resolve. Mike was adamant I should change the structure of my plot and he had several good arguments for why I should. Having the discussion made me consider the reasons why I'd done it my way and inspired me to improve it.

Ultimately, I liked my version better and that's the one I went with. It is, after all, my book, and it's my name that will be associated to it. There were several changes I wanted made in Ashen Winter (mostly involving hurting Darla) that weren't made. But Ashfall fans don't want the Ninja's version of the ashen apocalypse (fools!), they want Mike Mullin's. That's who they paid to read and that's who they should get.

I could go on with the suggested changes from my group as there were no small number of them. But I'm eventually going to want to sell you this zombie book, not give it to you in dribbles on my free blog:) The main thing I want you Esteemed Readers who are also writers to take away from this post is the value of a critique group. Find yourself some writers you respect and swap critiques. Your writing will improve much faster than if you keep it to yourself and you might just make some great friends.

Or you can keep plugging away on your own. If you're a fabulously published and successful author already, good for you. But if you're not, you might just try something new. Writing, like sex, can be successfully accomplished on your own, but it's better with other people:)

Posted by middle grade ninja at 8:35 AM