J. Elle and I discuss her young adult fantasy novel, WINGS OF EBONY, and her new middle grade novel, A TASTE OF MAGIC. We talk about planning a series, worldbuilding, magic systems, tips for faster drafting, her time working as an intern for a literary agency, Twitter opportunities for writers, that time she wrote a book in nine days, and so much more. 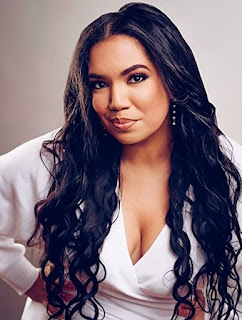 J. Elle is a prolific Black author and advocate for marginalized voices in both publishing and her community. Her debut novel, Wings of Ebony, is book one in a YA fantasy duology about a Black girl from a poor neighborhood who learns she’s magical. Wings of Ebony is a lead title with Simon & Schuster, out February 23, 2021.

Six months later Elle also sold rights, at auction, to Park Row Magic Academy, an MG contemporary magic school series about a Black girl who learns she’s a witch and fights to save her inner-city magic school with baking. A Taste of Magic is also a lead title on Bloomsbury’s 2022 list.

From growing up poor to being a first-generation college student, Jess’s tenacity and passion for empowering others date back to her first career in education, teaching tweens and teens from traditionally underserved areas to fight for their dreams. More recently, as the founder of the Your Story Is Your Power, a creative writing workshop, she mentors high schoolers on the craft of writing and the importance of sharing stories from their perspective.

Elle has a MA in Educational Administration and has worked as an Editorial Intern at P.S. Literary Agency and Gelfman / ICM Partners. She’s also served as a mentor for both Pitchwars and Author Mentor Match. Elle is the founder and co-host of #MondayMixer, a Twitter chat to engage writers on the platform. In her spare time, you’ll find her cooking up some dish true to her Texas and Louisiana roots, loving on her three littles, and traveling the country with her nomadic spouse. 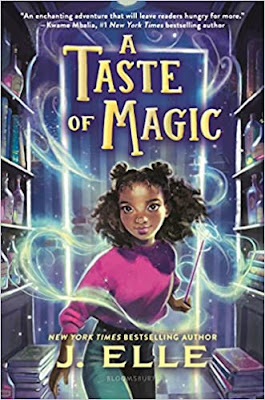 Twelve-year-old Kyana has just found out the family secret--she's the first witch in her family for generations! Which means mandatory lessons every Saturday at Park Row Magic Academy--a learning center hidden in the back of the local beauty shop.

Kyana can't wait to learn some spells to help out at home. The only downside is having to keep her magic a secret from her connected-at-the-hip BFF Nae. But then the magic school loses their funding, forcing the students to pay a hefty tuition at the school across town or have their magic stripped. Determined not to let that happen, Kyana enters a baking competition with a huge cash prize. After all, she's learned how to make the best desserts from her Memaw. But will Kyana be able to keep up her grades in both magic school and real school while preparing for the competition and without revealing her magic? And what happens when a little taste of magic works its way into her cupcakes in the first round of competition?

Posted by middle grade ninja at 8:35 AM