My friend Maurice Broaddus and I discuss his newest novels UNFADEABLE and SWEEP OF STARS. We also chat about some of the older ones, Afrofuturism, using writing to procrastinate from writing, worldbuilding through short stories, grants for writers, writing for video games, Black Panther, British cozy mysteries, running your own writers conference, Arthurian urban fantasy, doing your job as an author for younger readers, vampire communes, and so much more. 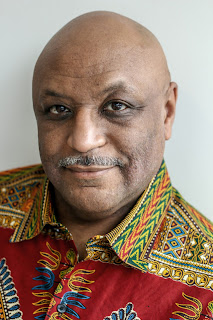 An accidental teacher (at the Oaks Academy Middle School), an accidental librarian (the School Library Manager which part of the IndyPL Shared System), and a purposeful community organizer (resident Afrofuturist at the Kheprw Institute), his work has appeared in Magazine of SFandF, Lightspeed Magazine, Beneath Ceaseless Skies, Asimov’s, and Uncanny Magazine, with some of his stories having been collected in The Voices of Martyrs. His novels include the urban fantasy trilogy, The Knights of Breton Court, the steampunk novel, Pimp My Airship, and the middle grade detective novel series, The Usual Suspects. As an editor, he’s worked on Dark Faith, Fireside Magazine, and Apex Magazine. His gaming work includes writing for the Marvel Super-Heroes, Leverage, and Firefly role-playing games as well as working as a consultant on Watch Dogs 2. 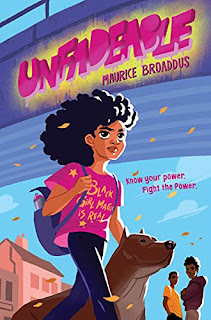 Perfect for fans of Jason Reynolds and Kelly Yang, readers will love this heartfelt and genuine story about building community, finding family, and the power of Black girl magic.

Bella “Unfadeable” Fades is determined to stay out of trouble. A wiser-than-her-years graffiti artist known for tagging walls and bridges in her Indianapolis neighborhood, the Land, Bella plans to spend her summer break laying low and steering clear of anyone who might tip off to social services that she’s living on her own.

But keeping a low profile is all but impossible when Bella discovers people in high places are trying to defund the Land. She has to find a way to fight back.

Getting involved will mean putting herself out there—making connections with unlikely friends and attracting potential enemies. But if Bella doesn’t put her trust in her neighbors and learn how to bring her community together, her home—and her future—will never be the same.

Posted by middle grade ninja at 8:04 AM