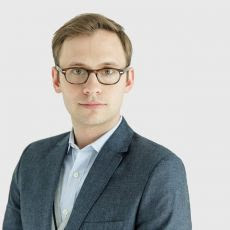 When asked how he became an agent at Trident, concentrating in the expanding children's, middle grade and young adult businesses, Alex simply replies, "It was only natural.” While karma is not an established business concept,  it is clear that Alex's career arc led him in this happy direction.

Start with Alex's love of fiction, and in particular the stories that captivate the minds and imaginations of young people, from those so young that books are read to them, to young adults who get captivated by creative fiction. "I love to let myself go, and become the reader, whether the story is directed at a ten-year-old or a teenager," says Alex.

Next is Alex's experience at Trident, where he has been since 2010. He became a very successful agent representing the company's children, middle grade and young adult authors in many licensing arrangements in the global marketplace for translation and in the English language in the U.K., having placed books with publishers in dozens of countries. Alex was Trident's representative at the Bologna Children's Book Fair in Italy, as well as the broader-based London and Frankfurt book fairs. His experience in representing fiction in these areas showed him what elements in stories work well, and how to maximize the value of what an author has created.

Alex's plan is to, "Look for stories that will rise above the rest with characters that will be remembered well past childhood, with the potential to cross over to other media and formats," such as programming, games, motion pictures and merchandise. "Trident is the leader on taking advantage of the latest opportunities presented by changing technology," says Alex, and, "I will be there to help make the latest innovations happen for my authors."

"I believe that the most successful writers have a bit of the dreamer in them." And Alex passionately believes that he can help turn their dreams into reality.

My top three favorite books are, in no particular order, JESUS’ SON by Denis Johnson, THE CHESSMEN OF DOOM by John Bellairs, and TO KILL A MOCKINGBIRD by Harper Lee.


Television: THE SOPRANOS, SEINFELD, THE WIRE

My ideal client loves reading and writing, respects people’s time and efforts, and is very open to communication, to learning, and to growing as an artist.

I would love to receive an adventurous middle grade novel set in turn of the century New York City, perhaps with some magical elements. I love dark humor, non sequiturs, and characters that brim with life and light.

My favorite thing is when I find an amazing project that deserves to be published, and then calling that writer with the news that the book will be published.

My least favorite thing is being mistaken that a pass is personal.

To read as much as you can, all the time. Read, read, read. The more you read, the better the chance that you will find your own voice.

I would like to have lunch with Jim Shepard, because I greatly admire his talents as a writer, his abilities to breathe life into the most diverse of characters and places, and because I happen to know he’s one of the funniest people in the country.