In a Middle Grade Ninja first, editor Sara-Jayne Slack AND author Dorothy A. Winsor discuss Inspired Quill’s latest release, THE WYSMAN, how they came to work together, and the ins and outs of their professional author/editor collaboration. We also chat about publishing contracts, book marketing, working with authors rather than above them, self publishing vs publishing with a small press, Armageddon, spilling tea, and so much more. And here's the link to that online course Sara-Jayne mentioned: https://sjslack.teachable.com/p/casual-to-committed Esteemed Listeners can use this coupon code so they can get it for $47 (rather than $147) - IQSCHOLAR
Don't miss Dorothy A. Winsor's fantastic guest post Chronology V. Plot: Dawn of New Years (yes, I was the one who titled it, why do you ask). 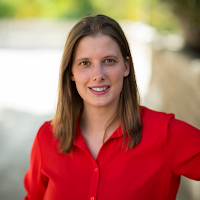 Sara-Jayne is a social entrepreneur, public speaker, SEO nerd and lover of all things stationery-related. She works as an SEO Project Manager by day, and manages the not-for-profit publishing house Inspired Quill by night. Sara can regularly be found discussing inbound marketing, skills development, and non-tokenistic diversity in publishing, but strives to listen at least as much as she talks. She’s also scarily comfortable talking about herself in third person, and believes that ‘To Do’ lists breed when you’re not looking. 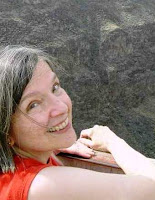 Dorothy A. Winsor writes young adult and middle grade fantasy. Her novels include Finders Keepers (Zharmae, 2015), Deep as a Tomb (Loose Leave Publishing, 2016), The Wind Reader (Inspired Quill, 2018), and The Wysman (June, 2020). At one time, Winsor taught technical writing at Iowa State University and GMI Engineering and Management Institute (now Kettering). She then discovered that writing fiction is much more fun and has never looked back. She lives in Chicagoland. 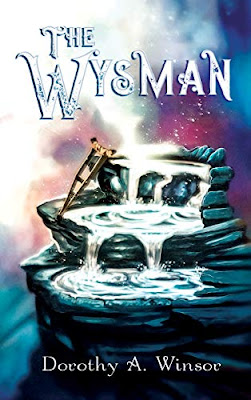 "The Grabber is just a fright tale."

Former street kid Jarka was born with a crooked foot and uses a crutch, but that no longer matters now that he’s an apprentice Wysman, training to advise the king. When poor kids start to go missing from the city’s streets, though, Jarka suspects that whatever’s causing the disappearances comes from the castle.

Now he needs to watch his step or risk losing the position he fought so hard to win… but when someone close to him becomes the latest victim, Jarka knows he’s running out of time.

His search takes him from diving into ancient history to standing up to those who want to beat or bleed the magic out of him.

Will Jarka succeed in uncovering an evil long-hidden, or will he see friends and family vanish into the darkness? And whose side is the King on, in his determination to bind his nobles to him no matter what black arts they’ve dabbled in? If Jarka fails in his search, his own future won’t be the worst thing lost.

The Wysman follows Jarka after the events in The Wind Reader, but this YA Fantasy can be read independently.

Posted by middle grade ninja at 8:53 AM