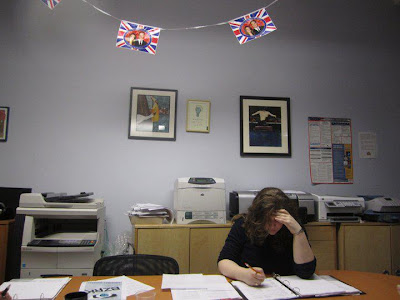 Alison Weiss is an Associate Editor at Egmont USA. As a kid, it was not unusual to find her huddled under the covers on a Saturday morning with a stack of books rather than downstairs watching cartoons.

Alison has been with Egmont for five years. During that time she’s been fortunate to work with debut authors and multi-award winning, alike. In addition to assisting on projects from Egmont’s stable of talented authors including Walter Dean Myers and Christopher Myers, she’s worked with Lindsay Eland (A Summer of Sundays), Mike A. Lancaster (Human.4; The Future We Left Behind), Kristina McBride (One Moment), Lynn Kiele Bonasia (Countess Nobody), Penny Warner (The Code Busters Club series) and Tony Abbott (Goofballs series), among others. She’s excited to be editing New York Times best-selling author Jessica Verday’s new series, Of Monsters and Madness and debut novelist Kristen Lippert-Martin’s Tabula Rasa, both of which will be out in Fall 2014.

Alison is Egmont’s resident Twitter correspondent (@EgmontUSA) and hosts monthly Q and A sessions with teen writers at www.writeonteens.blogspot.com

Uggh! This is so hard. It changes constantly. And you can’t limit me to three. It’s just not fair. Today, and in no particular order. . .

Holes by Louis Sachar
Five Children and It by E. Nesbitt
Cloudy with a Chance of Meatballs by Judi Barrett, illustrated by Ronald Barrett
Peter Pan in Kensington Gardens by J.M. Barrie
Barkbelly by Cat Weatherill

I want an author brimming with ideas who can create captivating characters, has a standout voice, a distinct viewpoint, and can create engaging plots. But most of all, I want an author who loves revising and loves the process. For me, revision is the most important step. It doesn't matter what you first put on the page. It's what you transform it into.

I’m a gal with eclectic tastes, so I always try to duck out of this question. But I know you won’t let me.

I certainly have things I’m looking for: great middle grade that stays with you like Ingrid Law’s Savvy or Jeanne Birdsall’s The Penderwicks; young adult that makes me cry (and it’s not easy to get me to cry over a book).

But I find that the projects that take me by surprise are what I get most excited about. Show me something that hasn't been done a million times over. Or if you’re treading well-worn ground, give me a twist I never saw coming. There’s always a place for familiarity – sometimes that’s just what a reader needs – but how do you make it truly your own? If you can accomplish that in a standout way, you’re on the right track.

I love the interaction with my authors. The exchange of ideas. This definitely goes hand in hand with my feelings on revision. I love the process of working with authors as we dig down to turn their manuscripts into the best they can be. I view the author-editor relationship as one of collaborative teamwork. And seeing how an idea evolves from draft to draft is incredibly fulfilling.

I shared my least favorite with a colleague, who laughed and said, “You didn’t really say that, right?” So . . . back to the drawing board.

Just write. It doesn’t matter if it makes sense. Get the words onto the page. You can wrestle them into submission later.

Know your audience, but write for you. If you love what you’re doing, it shows in your writing.

Rejection stings, but it’s part of the game. Everyone gets rejected (editors and agents, too). Don’t take it personally, but use it. Take in the parts of a critique that make sense. Let go of what doesn’t. You don’t have to agree with what someone else says about your writing, or implement changes to align your book with his or her opinions, but knowing how to filter and use the right information will make your work stronger.

Don’t make the mistake of saying you’ve written the next (fill in this blank with a huge book like Harry Potter, Twilight, or The Hunger Games). I’ve never read a pitch where the project has come even close to living up to that claim. If your book is that big, others will make the connection. You don’t need to.

I think that Mark Twain would be a whole lot of fun.  Growing up, my dad had one of those complete sets of Mark Twain that are meant to just look pretty on a shelf. I would sneak up to the attic and steal books from the set, afraid that I’d get in trouble for ruining them (the glue in the bindings wasn’t all that secure). I read Tom Sawyer and Huckleberry Finn, like everyone else. And they made me think and laugh and want to be a bit naughty.  But I also read Tom Sawyer Detective and Tom Sawyer Abroad and wanted to be swept back into time and be a bit of a huckster as in A Connecticut Yankee in King Arthur’s Court or just switch lives with someone else as in The Prince and the Pauper. And those just scratched the surface. Because Twain chronicled a world on the cusp of change through a satirist’s eye, I think he’d have a lot to say about contemporary times, and I have a feeling my gut would be sore from laughing by the time the check was paid.

Posted by middle grade ninja at 8:06 AM