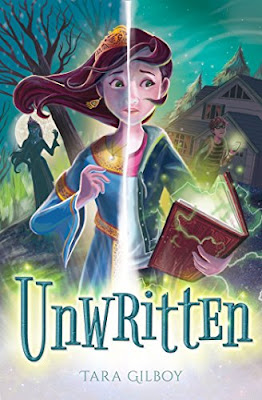 Last year, I started taking improv classes at our local comedy theater. A friend asked me to take one with her, and my initial goal was to find another creative outlet that was NOT writing-related. I love writing, but it’s such a huge part of my professional life, and one that I am constantly working on improving at, that I also wanted to find another creative outlet that could be just for fun. I had no idea when I started that improv would be one of the best things to ever happen to my writing.

For those of you who are unfamiliar with it, improv comedy is all about making things up as you go along. Performers create short scenes where the plot, characters, and dialogue are made up in the moment. Since shows are based on audience suggestions, improvisers cannot plan what they want to say and do ahead of time. Improvisers must listen carefully to their scene partners and then think quickly about how to act and react in a scene.

At the heart of improv is the concept of “yes, and.” In order for improv to work, in a scene, you must “agree” (the ‘yes’ part) with everything your scene partner says and then build on it – add something (the ‘and’ part).

So if your scene partner says “hey, sis, I heard your son just got the lead role in the play,” you don’t say, “What are you talking about? I don’t have a son.” That kind of reaction would immediately stall the scene because you are essentially shooting down the other person’s idea.

Instead, you could say: “YES, he did, AND, I’m sorry he beat your your daughter for the role, but I guess the best performer got it, right?” Notice you have agreed with what was said (“yes, he did get the part in the play”), but you’ve also added an “and” to it – you’ve created conflict in the relationship by establishing a bit of rivalry– my son beat out your daughter in the audition.

So what does this have to do with writing? Well, I think as writers we often censor ourselves in our first drafts. We get started working on something, and we decide halfway through that it’s a stupid idea, and it’ll never pan out, and so we scrap it and move on to something else.  We are much too critical of the wild things we dream up. We outline and try to structure everything ahead of time, and find all the right beats and the perfect lines of dialogue, and we think we have our characters all figured out.

You can’t do that in improv. You have to take what your partner gives you and build on it. You often have to let go of what you planned to do or say because your partner did something completely different from what you expected. It is all about going with the flow and not taking yourself too seriously.

In writing, we need to let our characters’ speech and actions in our stories surprise us as well. And once we’ve done this, we need to not be afraid to just go with it. I’ve found when I write in this open-minded way, without censoring myself, I often do my best work. One thing naturally leads into the next, and my characters’ actions and reactions feel emotionally “true” because I am not trying to force them to do and say things. Our writing won’t be perfect. It will take a lot of revising later. But you may find some gems in what you create.

To me, the ‘yes, and’ of improv is what we should all aspire to in our first drafts. Run with your ideas, let them romp and play on the page. If you don’t create a big pile of a mess for yourself, then you have nothing to work with. What we have in writing that we don’t have in improv, is the ability to revise. We don’t have a live audience. We can go back and tweak and reimagine and make it better later. If you immediately decide an idea is stupid and push it to the backburner, you will never discover where that “seed” of an idea might have taken you. After all, what if Rowling had never ‘yes, and-ed’ the idea of a wizard school? What if she said: “a wizard school? Playing sports on broomsticks? No, that’s ridiculous.” But she didn’t do that. She said “Yes, a wizard school. AND what if there were potions class and a minister of magic and talking elves and an evil wizard and…..”

How could I “yes, and” my example above about the school play? Well in the conversation, we have two adult siblings comparing their children. There is conflict and rivalry between them. Now how to build on this? What if these two children are friends? And they are sick of their parents fighting all the time. The child who got the role drops out of the play completely. So his dad yells at him. And then the two kids decide to run away until their parents can start behaving better. So they go stay at their grandmother’s house for the week. And while they are there, they find something mysterious in the attic about their parents…….

See what just happened? A whole story is unfolding here! Now I have these two cousins who have run away from home, and a mystery is unfolding. None of this would have happened if I’d stopped after the first part about the parents arguing, and said: “Wait a minute. I am a children’s book writer. I can’t write a story about two adults quarreling over their children. What child reader is going to find that interesting?” Instead, I “yes, and-ed” myself, and those two adults bickering led me to meet my two child characters. Now I can “yes, and” those characters and see what happens next. ‘Yes, and’ is all about exploration.

When we are writing our first drafts, we need to all focus on being good scene partners to our own imaginations. Take what your imagination gives you, write it down, and then “yes, and” yourself. Let one thing lead to another. Perhaps in writing, we shouldn’t call it simply “yes, and,” but rather “yes, and what if…..” 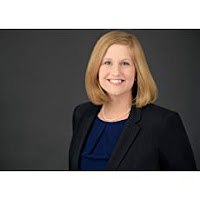 Tara Gilboy holds a Master of Fine Arts in Creative Writing from the University of British Columbia, where she specialized in writing for children and young adults. She teaches creative writing for San Diego Continuing Education and lives in southern California with her husband, daughter, and dog, Biscuit. 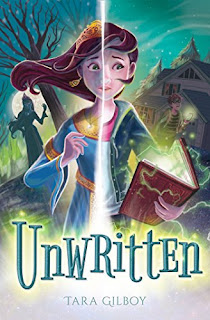 Twelve-year-old Gracie Freeman is living a normal life, but she is haunted by the fact that she is actually a character from a story, an unpublished fairy tale she's never read. When she was a baby, her parents learned that she was supposed to die in the story, and with the help of a magic book, took her out of the story, and into the outside world, where she could be safe.

But Gracie longs to know what the story says about her. Despite her mother's warnings, Gracie seeks out the story's author, setting in motion a chain of events that draw herself, her mother, and other former storybook characters back into the forgotten tale.


Inside the story, Gracie struggles to navigate the blurred boundary between who she really is and the surprising things the author wrote about her. As the story moves toward its deadly climax, Gracie realizes she'll have to face a dark truth and figure out her own fairy-tale ending.

taragilboy.com
Posted by middle grade ninja at 9:31 AM