Author and indie publishing expert Susan Kaye Quinn and I discuss her career in publishing as well as her approach to writing and editing. She shares many tips for how to be successful as an indie author. You'll want to revisit this episode a few times and take notes because Susan has more knowledge than could ever be packed into a single episode. 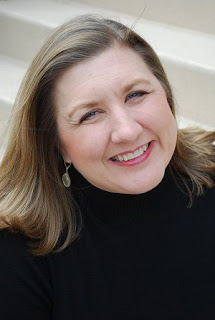 Susan Kaye Quinn is a rocket scientist turned speculative fiction author who now uses her PhD to invent cool stuff in books. She writes young adult science fiction, with side trips into adult future-noir and  sweet royal romance. Her bestselling novels and short stories have been optioned for Virtual Reality, translated into German, and featured in several anthologies.
Susan grew up in California, got a bunch of engineering degrees (Aerospace, Mechanical, and Environmental), and worked everywhere from NASA to NCAR (National Center for Atmospheric Research). She has designed aircraft engines, studied global warming, and held elected office (as a school board member). Now that she writes novels, her business card says “Author and Rocket Scientist,” but she spends most of her time inventing her stories, petting her cats, and rescuing her Roomba from evil socks.
Susan writes full-time from the Chicago suburbs with her three boys, two cats, and one husband. She is a member of SFWA (Science Fiction and Fantasy Writers of America) and is represented by Sarah Hershmann at Hershmann Rights Management. 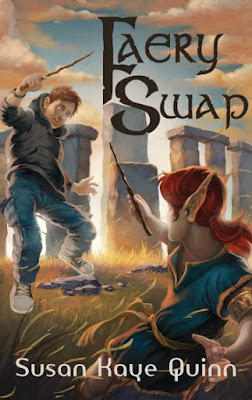 Warrior faery princes can be very stubborn. Especially when they possess your body. Fourteen-year-old Finn just wants to keep his little sister out of Child Protective Services—an epic challenge with their parentally-missing-in-action dad moving them to England, near the famous Stonehenge rocks.
Warrior faery Prince Zaneyr just wants to escape his father’s reckless plan to repair the Rift—a catastrophe that ripped the faery realm from Earth 4,000 years ago and set it adrift in an alternate, timeless dimension.
When Zaneyr tricks Finn into swapping places, Finn becomes bodiless soul stuck in the Otherworld, fighting spriggans with sharp teeth and rival faery Houses. Back on Earth, Zaneyr uses Finn’s body to fight off his father’s seekers and keep the king’s greatest weapon—himself—out of his hands. Between them, they have two souls and only one body… and both worlds to save before the dimensional window between them slams shut.
Faery Swap is an action and druid-magic filled portal fantasy, told by both a runaway faery prince and the boy he’s tricked into taking his place. This Prince and the Pauper meets Warrior Faeries tale is suitable for all ages.
Includes four interior illustrations.
Fantastic Irish and American accents in this fun warrior faery fantasy!