Middle Grade Ninja is available on Soundcloud, Stitcher, itunes, Podbean, Podblaster, RadioPublic, blubrry, Listen Notes, Google Play, and many other fine locations.
Leila Sales and I talk about her career in publishing as well as her newest middle grade novel, THE CAMPAIGN. We discuss in depth how she read submissions as an editor and made her decisions about rejecting and accepting them. She shares her habits for successfully writing while being extremely busy, the pros and cons of decentralizing publishing, composing chapters that flow well, revealing the psychology of characters, allowing readers to reach their own conclusions, rules for exposition, and tons of other great tips you don’t want to miss. 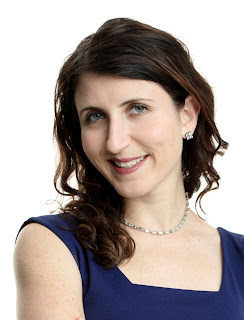 Leila Sales is the author of seven critically acclaimed novels for children and young adults, including This Song Will Save Your Life and Once Was a Time. Her books have been optioned for stage and screen, selected for many state award lists, translated into a dozen languages, and received numerous starred reviews.

Leila was born in Boston, Massachusetts; received her degree from the University of Chicago; and worked at Penguin Random House in New York City. She is now based in Austin, Texas, where she writes, edits, and speaks about books and publishing all over the world. 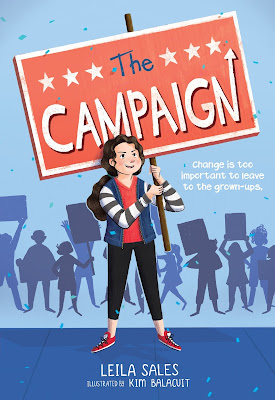 If you ask Maddie Polansky, the only good part of middle school is art class. It’s definitely not the other kids, who think she’s weird, or the teachers, who think she’s a troublemaker. And though she’s never paid much attention to politics, when she learns that the front-runner for city mayor plans to cut funding for the arts, she knows she has to do something to stop Lucinda Burghart, art-hating bad guy! She can’t run for mayor herself—she’s just a kid. But she can get her babysitter, Janet, to run against Lucinda.

Soon, Maddie is thrust into the role of Janet’s campaign manager, leading not only to humor and hijinks but to an inspiring story about activism and what it takes to become an engaged citizen. As she leads the campaign from rallies to debates to Election Day, Maddie discovers that she has more of a community than she’d ever imagined—and that sometimes a “troublemaker” is exactly what this world needs.

Posted by middle grade ninja at 6:44 AM