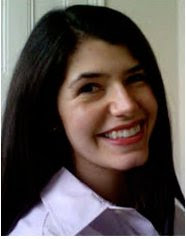 Here she is in her own words:
My time in the children's publishing industry has included editorial roles at Chronicle Books and Dial Books for Young Readers, early social media development for a major teen magazine, and serving as National Programs Director at the Children's Book Council, the trade association of American children's book publishers. I've also been a bookseller, and I'm a past board member of the United States Board on Books for Young People.

I live in London and I work with authors and publishers both in the U.K. and the U.S. I've bounced back and forth from America to England since I was a teenager: I grew up in Northern California, lived for a time in the West Country, read English at Cambridge University, spent many years in New York City, and now live a stone's throw from the River Thames.

I'm looking for young adult and middle grade fiction that's inventive, well-crafted, and rich with emotion, whether contemporary, historical, fantasy, sf, thriller, romance, or mystery. My favorite books have characters I wish I could talk to in worlds I wish I could visit, and I love stories that grab hold of me and keep me up reading long into the night.

WINTER'S TALE by Mark Helprin. I'd love to find a MG project with this much imagination and such a masterful voice.

A SUITABLE BOY by Vikram Seth. He writes about families so engagingly -- again, I wonder if there's a MG book out there with that same affectionate humor.
THE GREY KING by Susan Cooper. I think it might be the perfect MG book: expertly drawn characters, finely tuned dramatic tension, and a vivid, impeccably researched setting.

Looking at this list, I realize that each of these books is about place as much as its characters. WINTER'S TALE is as much a love letter to New York City as it is an epic fantasy; A SUITABLE BOY is a massive family saga but also a comprehensive lesson in the life and politics of post-partition India; THE GREY KING brings both modern and ancient Wales to life. That grounding in place is absolutely crucial for me.

1. FRIDAY NIGHT LIGHTS, for capturing a side of America we don't often see on television, and for constructing the most authentic-feeling characters I've ever seen on primetime.

2. The BATTLESTAR GALACTICA reboot, for sustaining that feeling of dread in the pit of my stomach over 75 episodes and asking such important questions.

3. ALMOST FAMOUS, for being brilliantly written and brilliantly cast, and satisfying my craving for stories about music and the different ways we love it.

4. And something historical -- I can't decide. The 2002 FORSYTE SAGA? The BBC adaptation of Mrs. Gaskell's NORTH AND SOUTH? MAD MEN? A Jane Austen adaptation? HOPE AND GLORY? I like being drawn into another time and getting a glimpse of how lives were lived in different periods, and how human nature is constant no matter what the era.

My ideal client is a gifted writer with a strong work ethic, a resilient attitude, and a great sense of humor. This is a tough business, and when you sign with agent, the work is only just beginning.

I'm looking for intelligent, witty MG writing -- the kind that doesn't condescend -- that opens up a new world to the reader, whether real or imaginary. I'm a big fan of Jack Gantos's work, and I'm always thrilled when I get a submission that shares that kind of humor and big-heartedness. Gennifer Choldenko, Anne Ursu, and Neil Gaiman (among others) share those qualities.

The excitement of discovering treasure in the slush pile never gets old! And helping to bring that treasure to an audience is so gratifying. On the other hand, I get so many submissions that aren't right for me, and it's frustrating that I don't have the time to explain exactly why when I decline them. Authors work so hard, and to have that work rejected with a quick form email must be so disheartening. I constantly find myself wishing for more hours in the day.

Finish your book. I get a lot of questions from writers that boil down to "Can you tell me whether or not I should keep working on this project?" -- but it's almost impossible to get a sense of a project's viability until it's completed. And by completed I mean fully drafted, read by critique partners or beta readers, revised, mulled over, and revised again. You owe it to yourself to make your project the best it can be before you send it out into the world; you need to give it its best chance of success. If you send off an incomplete manuscript or a rushed first draft, you're not doing justice to your work.

Ellen Raskin, whose masterpiece THE WESTING GAME has been a touchstone for me since I first read it in 1979. It's rare to find a writer with her kind of wit and inventiveness, but she was also a prolific illustrator and cover designer--I best she would have been great fun, and I'm sure she would have had some terrific tales to share about the publishing industry. I've yet to meet a fellow agent who doesn't appreciate a good bit of gossip!