Author Jeff Norton and I discuss his new middle grade novel, Alienated, as well as his philosophy on writing and his advice for writers. Naturally, we also discussed our mutual love for zombies and the series Choose Your Own Adventure. And I got him on the record about his feelings regarding UFOs and alien abduction. You don't want to miss this episode!

If you're curious to know more of my thoughts on why flying saucers are probably real, check out this post.


And now, enjoy the third ever episode of Middle Grade Ninja: 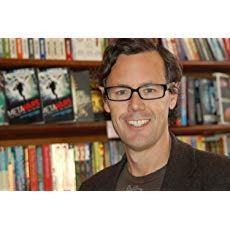 Jeff Norton is a London based writer-producer, author of the award-winning 'MetaWars' series from Hachette, 'Memoirs of a Neurotic Zombie' series from Faber, and the new YA thriller 'Keeping The Beat' with co-author Marie Powell and published by KCP Loft.

A reluctant reader as an adolescent, Jeff created the futuristic world of 'MetaWars' to rival the most exciting video games and to challenge readers with big ideas. His aim was to write "a video game you can read."

Originally from Canada, Jeff began his career in advertising, worked in the movie business in Hollywood where he produced the critically acclaimed interactive film 'Choose Your Own Adventure,' and upon moving to the U.K., managed the literary estate of Enid Blyton, Britain's best-loved author. He now writes full time, with a focus on creating big, immersive worlds.

Jeff is also a producer and director in multiple media. He lives London with his wife and two young sons.