Mystery writers Lillie Evans, Tony Perona, C.L. Shore, and Janet E. Williams are all prominent members of the Speed City Sisters in Crime, which has just released its newest anthology, MURDER 20/20. We chat about how the stories in the anthology were selected, the benefits of belonging to an organization for writers, such as the Sisters in Crime, the ins and outs of writing short and long mysteries, and much, much more. We also have an extended chat about flying saucers and ghosts you won’t want to miss.

Speed City Sisters in Crime is the Indiana chapter of the world-wide mystery/crime writers' association Sisters in Crime. The Speed City chapter was founded in 2005.Members of the organization are published mystery and crime authors, writers working on mysteries and thrillers, and readers and fans of the literary genre. There are currently 40+ members who live in Indiana or the Midwest.Speed City Sisters in Crime hosts monthly meetings with speakers on topics of interest to mystery and crime writing. Past speakers have included police officers, prosecutors, investigative reporters, forensic specialists, weapons experts, researchers, and publishing and media professionals.Chapter members have published 6 short story anthologies over the years with the themes that are related to Indiana or the midwest. Members of the organization have also written and produced a play, Deadbeat, which was performed at a local fringe festival and will soon be available to for others to produce.The chapter also hosts writing and other educational workshops for its membership with well-known authors and publishing professionals. 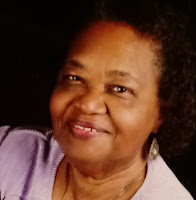 Lillie Evans is an author, playwright, and storyteller. Under her pen name, L. Barnett Evans, she is co-author (with Crystal Rhodes) of the cozy mystery book series, Grandmothers, Incorporated. In addition to the novels, she is co-writer of the plays Stake Out and Grandmothers, Incorporated, based on the characters from the book series. The play Grandmothers, Incorporated enjoyed a very successful Off-Broadway run. Lillie is the writer and producer of the play, Take My Hand, which was chosen for a reading at the prestigious National Black Theater Festival and was performed at the 2018 OnyxFest at the Indy Fringe Theatre Festival. Lillie has appeared as a crime commentator on TV One’s “Unsung” and is a member of Sisters in Crime. See more at: lilliebarnettevans.com and grandmothersinc.com 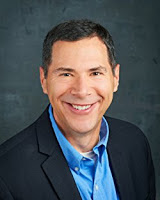 Tony Perona is the author of the Nick Bertetto mystery series (SECOND ADVENT, ANGELS WHISPER, and SAINTLY REMAINS), the standalone thriller THE FINAL MAYAN PROPHECY, and co-editor and contributor to the anthologies RACING CAN BE MURDER and HOOSIER HOOPS AND HIJINKS. Tony is a member of Mystery Writers of America and has served the organization as a member of the Board of Directors and as Treasurer. He is also a member of Sisters-in-Crime.

C.L. Shore began reading mysteries in the second grade and has been a fan of the genre ever since. Maiden Murders (2018), a prequel to A Murder in May (2017), is her most recent release. Her short stories have appeared in several Sisters in Crime anthologies, Kings River Life Magazine, and Mysterical-E. Shore has been a member of Sisters in Crime for more than a decade, serving as a board member of the Speed City chapter for several years. A nurse practitioner and researcher, she’s published numerous articles on family coping with epilepsy as Cheryl P. Shore. Cheryl enjoys travel and entertains a fantasy of living in Ireland for a year. She’s currently working on Cherry Blossom Temple, a women’s fiction novel. See more at: clshoreonline.com

Janet E. Williams has been writing since she could hold a pencil. Her first work of fiction was a collection of stories she wrote and illustrated by hand to entertain her mom and dad. In college, she majored in English and became an award-winning journalist, covering politics and crime in Pittsburgh. When the newspaper folded, she landed in Indianapolis where she worked as both a reporter and editor at The Indianapolis Star. Today, Janet teaches young journalists as part of a college immersion program while continuing to work on her writing. She has had short stories published in four anthologies. She lives in Indianapolis and remains a faithful companion to her dog, Roxy.

Posted by middle grade ninja at 10:03 AM