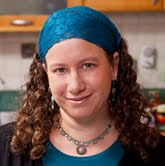 Rena Rossner  is a literary and foreign rights agent at The Deborah Harris Agency. She is a graduate of Johns Hopkins University’s Writing Seminars Program, where she double-majored in poetry and non-fiction writing. She studied at Trinity College, Dublin and holds an MA in History from McGill University in Montreal, Canada. She worked at bookstores in four countries, has written extensively for The Jerusalem Report and The Jerusalem Post, and worked in PR, grant-writing, and website development at The Jerusalem Foundation. She is a writer of both fiction and poetry.

For more information, check out the submission page of Rena Rossner's website, her publisher's marketplace page, and the Deborah Harris Agency.

This is an insanely hard question, because, of course, I could give you my top three books of the month, of the year, of the decade, of each genre...But these ones have stood the test of time:
The Mists of Avalon by Marion Zimmer BradelyPossession by A.S. ByattThe Kushiel's Legacy Series by Jacquelyn Carey(Though I feel awful for excluding Fugitive Pieces by Anne Michaels, The Shadow of the Wind by Carlon Ruiz Zafon, Gravity's Rainbow by Thomas Pynchon, everything that Jasper Fforde's ever written, and Alice Hoffman's The Dovekeepers. Oh, and Moby Dick.)

I really don't watch much tv, but when I do:Big Bang Theory rocks my world.Mr. Bean makes me laugh, over and over and over again.Beetlejuice is my favorite movie of all time (though I know every line to The Princess Bride and The Rocky Horror Picture Show too...)

Someone who is endlessly inventive and creative. Someone not afraid to take chances or write in multiple genres. Someone who trusts me, and trusts that if I've taken them on it means I believe in them 100% and I will try, and try, and keep trying until I get them published.

I would give anything for a New Adult novel about the Israeli army. I'd love a Middle Grade or YA Historical set in biblical times. I'd love an epic Middle-Eastern Fantasy.

I love the sense of discovery, of finding new talent and being "wowed" by an author. My least favorite thing is having to tell my clients about rejections. I'm also not the hugest fan of doing line-edits, I like more structural and conceptual work.

Never give up. Keep believing in yourself. My Dad always said to me "Writers write, always." (That's from the movie Throw Momma From the Train) but it's stuck with me as a life lesson.

Wow. I think Oscar Wilde is up there, I would have loved to meet him. I would probably not be able to say much, I'd be so star-struck, but as he once said: "Only dull people are brilliant at breakfast" (maybe that applies to lunch too?)

www.thedeborahharrisagency.com
Posted by middle grade ninja at 7:04 AM