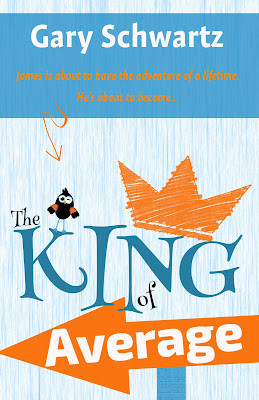 My bio states that I’m an actor who began as a mime and ended up doing voices in film, animation and video games. I’d written material for myself and my partner as part of the comedy team of Schwartz and Chung. I also wrote some screenplays and teleplays too, but it is only recently I can call myself a published novelist. Being a voice actor with credits in many films, animations and video games, helped me enjoy the process of writing of my first book, The King of Average.

Writing presented a lot of hurdles for me: story construction, plotting, word choice, tenses, and sentence flow were hard, but what made it fun for me was doing the voices. I think the most fun I had writing the book was when my characters talked to each other. I not only heard them in my head, I gave them voices I could actually do.

Of course that means I’m now at work recording the audio version. Lucky for me, I work cheap.

The book grew in ways I didn’t predict because I let the characters improvise truthfully. I kind of ‘took dictation’ while they argued, discussed, or confessed. A lot like a ventriloquist who swears what comes out of the dummy’s mouth would never come from the person manipulating the dummy, there’s a great feeling that comes with letting your characters speak their mind.  It led me to travel, plot-wise, where I might not have gone adhering to an outline. That made this book very hard to shape, but that was my process.

I thank my writing mentor, Susan Hughes and Booktrope’s editors and early readers immensely for making this book turn out as good as it did. It was a slog after the initial first draft. My next book, The Benji Loper Caper, actually has an outline and, though I’m willing to deviate if the characters demand, I’m having an easier time. Writing is  an endurance occupation.

I’m grateful for my training as an actor and improviser in this regard. My improv training taught me never to write a story while improvising. This is a lament I write about in my other blogs on improvisation. (Out of My Head at www.improv-odyssey.com)  Much improv focuses on story and what suffers is true relationship. I see improvisers trying to make a story rather than relating to one another, moment to moment. They work to be funny and make funny situations, when all they need to be doing is staying with each other, listening closely and reacting honestly.  That is why I often say what passes for true improvisation is comedy poorly rehearsed.

Writing is less solitary when you get to listen to your characters have at each other in the story and come up with ideas that spark you to the next scene. It is a lot of fun to see characters blossom into people as I write.

So, if you are a writer like me, willing to let the characters show you the way, then I will leave you with some improvisational advice from my mentor, Viola Spolin (Improvisation for the Theater). “A game, a scene, a play is a problem or set of problems to be solved. Stay with the problem (what she called the focus) and let it pull you through the scene. What’s left in your wake is stardust!” 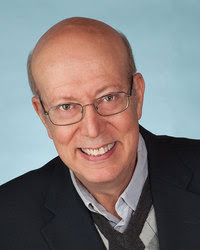 Gary Schwartz began his professional career as a mime at age 13, performing up and down the Hudson River with Pete Seeger and the great folk entertainers of the 1960s. In the 1980s he appeared in numerous film and television projects including the Oscar-winning feature film Quest for Fire. Schwartz has lent his voice to hundreds of film and TV projects and is the voice of several well-known video game characters, including Heavy Weapons Guy and Demoman in Team Fortress 2.

Schwartz has written for two children’s television series in which he co-starred: Zoobilee Zoo, where he played Bravo Fox; and the Disney Channel’s You and Me, Kid.
Schwartz studied with and became the protégé of Viola Spolin, the creator of Theater Games, the basis for improvisational theater in America. He is a passionate, dynamic improv coach and facilitator devoted to carrying on Spolin’s techniques.

The King of Average is his first novel. To learn more visit gary-schwartz.com.