GUEST POST: "The Story Detective (Where do Story Ideas Come From?)" by James R. Hannibal 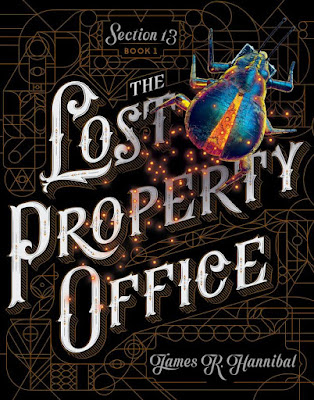 With the mystery and magic of The Lost Property Office now revealed, I’m starting to see a lot of questions from young writers. Probably the most common is “Where do your ideas come from?” I’m often tempted to respond, “Why, the stork, of course.” But the truth is, ideas don’t come to writers out of the blue like a baby-toting bird. The best writers are detectives. If you want great story ideas, you’ve got to track them down.

Let’s break down that phrase digitally and physically.

Digital – Lay out an online net to catch the scent of your elusive prey. My genres are military thrillers, mystery, and fantasy. Therefore, I follow sites and online publications that produce news and images that might inspire me. My personal Facebook feed alone is a treasure trove of cutting edge science and old world imagery, and I sift through it every morning.

Physical – Every good gumshoe knows that the best clues aren’t found from a desk. Get out there and see the parts of the world that inspire you. If I had not made the effort to see London’s Baker Street for myself, The Lost Property Office would never have come to be.

Of course, that’s not the end of it. That’s just the beginning. Real-world plots don’t come to investigators in complete, tidy packages, and neither do story ideas. That first footprint is never the whole story. It’s only the first clue. Once your net, or your gumshoe dedication has brought you to the first thread, you’ve got to start pulling. Sometimes it’s just a rabbit trail. Sometimes it’s pure gold. You won’t know unless you commit to the hunt.

Again, let’s break that down.

Digital – So you read one article on the mind-blowing potential of photon-collision holograms. Cool. But where’s the story? Only by persistent digging will you uncover the hidden dangers few people are talking about, or gather enough intel to invent your own (after all, this is fiction).

Physical – It’s not enough to be inspired by a locale. What’s the history behind this castle ruin you’ve stumbled upon? Who fought and died there? What secrets were they hiding? You’ve got to canvas the area like any good detective. Talk to locals, guides, and experts. Find the nearest library. Bits and pieces will emerge, whether real or fragments of imagination. Then you, like Sherlock Holmes, can fit them together into a great tale.

Are you waiting for ideas to come to you? They won’t—not the best ideas, anyway. Lay out your net. Pull out your magnifying glass and hit the bricks. To be a great fiction writer, you first have to become an expert story detective. 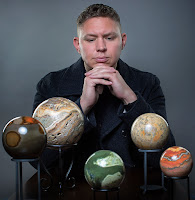 As a former stealth pilot, James R. Hannibal is no stranger to secrets and adventure. He has been shot at, locked up with surface to air missiles, and chased down a winding German road by an armed terrorist. He is the Thriller Award nominated author of the Nick Baron covert ops series and the middle grade Section 13 Series. His latest, THE LOST PROPERTY OFFICE, is a Book Expo America Buzz Book, appearing on both the Los Angeles Times and Publishers Weekly ShelfTalker Hot Holiday Gift lists. 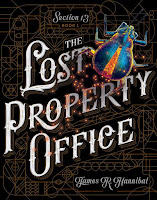 Thirteen-year-old Jack Buckles came to London to find his missing father. But his dad was not who he claimed to be. A hidden world of secret societies and unspeakable danger awaits Jack at The Lost Property Office. The only way he will ever see his father again is if he finds the Ember, an artifact that holds a secret dating back to the Great Fire of London, and brings it to a madman calling himself the Clockmaker. Can Jack save his father along with millions of unsuspecting Londoners, or will he have to choose between the two?