Stephanie Fretwell-Hill and I discuss her career in publishing from working in foreign rights with Walker Books to becoming an editor with Peachtree Publishers up to her current role as a literary agent with Red Fox Literary. We talk about making a living as an agent solely on commissions, submission follow-up practices for her with editors and for querying writers, the importance of industry relationships, the importance of maintaining an attitude of gratitude, the difference in editorial feedback from an editor vs an agent, increasing diversity in traditional publishing, and so much more. 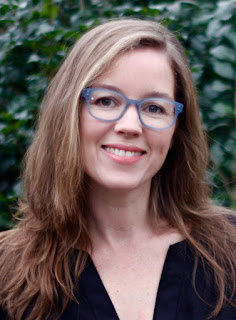 STEPHANIE FRETWELL-HILL started her publishing career in 2004 at Walker Books Ltd. in London, where she sold foreign language rights. Working in a design-led company with legendary artists such as Helen Oxenbury and Lucy Cousins sparked her love of illustration, while her sales role gave her an international perspective on children’s publishing.

In 2011, Stephanie moved back home to Atlanta, where she spent four years at Peachtree Publishers as an editor. During her four years there, her acquisitions received such honors as YALSA Best Fiction for Young Adults, Bank Street Best Children’s Books of the Year, Parents’ Choice Awards, and starred reviews from major trade magazines.

Stephanie joined Red Fox Literary in 2016. She represents authors and illustrators of literary fiction and narrative nonfiction picture books, middle grade, and young adult. Her clients include two-time Newbery Honoree Christina Soontornvat, Beth Anderson, Carolyn Crimi, R. W. Alley, and Archana Sreenivasan. The books she represents have won numerous awards, including Newbery Honor, Sibert Honor, the Jane Addams Book Award, the Youth Book Prize for Social Justice, YALSA Award for Excellence in Nonfiction, and many, many starred reviews. Stephanie’s tastes are eclectic, but across all genres, she looks for compelling, diverse voices and strong hooks combined with literary merit and classroom value. Most of all, she loves stories and art with the perfect mix of humor and heart.

Stephanie lives in Asheville, NC with her English husband, two feisty little girls, a border collie, and 4…3…6 chickens. When she isn’t working, she can often be found hiking, sewing, playing the ukulele, or hanging out at the playground.

Posted by middle grade ninja at 10:43 AM