Hilde Lysiak and I chat about her new memoir, HILDE ON THE RECORD. As she’s just now 15 years old, presumably it’s the first of many, though she’s already led a very interesting life that’s the subject of the Apple TV series, HOME BEFORE DARK. We talk about how Hilde started her first newspaper at age 7, investigated a local murder at age 9, signed a deal for a 4-book series at age 10, won the Zenger Award for Press Freedom at age 12, and became the youngest person in U.S. history to deliver a commencement speech for the graduating class of West Virginia University’s Reed School of Media. We also discuss ghosts, naturally. 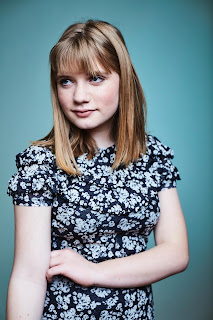 Hilde Kate Lysiak, American journalist and founder of the Orange Street News, has been profiled by the New York Times, NBC Today and The Washington Post. She’s interviewed former First Lady Michelle Obama for The National and is the inspiration behind AppleTV+ mystery series Home Before Dark.

Hilde has brazenly shared news stories with the world since she was only seven, and now she’s putting the spotlight on herself in a poignant, coming-of-age story Hilde on the Record: Memoir of a Kid Crime Reporter (Apr 19, 2022; Chicago Review Press). Appealing to tweens, teens and aspiring young journalists, Hilde's story may also intrigue those familiar with her father Matthew Lysiak, best known for his investigative reporting for the New York Daily News and comprehensive account of the Sandy Hook tragedy, Newtown: An American Tragedy. 2022 marks ten years since the horrific event. 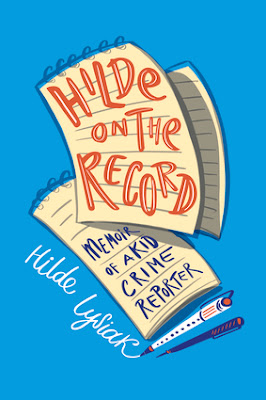 When seven-year-old Hilde Lysiak found out her new town didn't have a paper, she grabbed a notepad and began to work.Hilde Kate Lysiak spent her early childhood in New York City with a passion for journalism. When her family moved to Selinsgrove, Pennsylvania, Hilde didn't complain. Instead, she started reporting.Hilde began by reporting on the birth of her sister, the newest resident on Orange Street, then began expanding her coverage to the entire city. She interviewed hundreds of locals in her effort to deliver "All the News Fit for Orange Street": a seed exchange at the local library, a fundraiser for a hospital's neonatal unit, a fire at a church, and a mysterious vandal destroying landscaping on city property.Everything changed when Hilde received a tip that a terrible crime had happened just blocks from her house. By using the tools she had learned on the beat, the enterprising young reporter was able to confirm the facts and get the important information out to the public several hours before the other local media.Hilde was proud of her work, but not everyone in her small town felt that way. Cyberbullies targeted her, zeroing in on her age and gender. Hilde considered ignoring them but decided she had to stand up to the haters to protect the reputation she had worked so hard to earn. Her response went viral, and nearly every major news organization took notice.Hilde hasn't let anything stand in her way since.

Posted by middle grade ninja at 8:53 AM