Dr. Susan McCormick and I discuss writing about medical realities that are sometimes frightening for the middle grade audience in her new novel, THE ANTIDOTE. She shares her thoughts on how the pandemic has impacted young people and reasons for us to be optimistic about the future. We also chat about muses and the mysteries of writing, her secrets of success, a ballerina horror story, how to think about something later so you can focus, research methods, believing in ghosts, the importance of perseverance, and so much more. 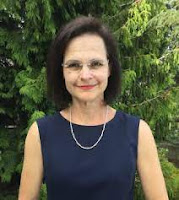 Susan McCormick is an award-winning author and doctor who lives in Seattle. She graduated from Smith College and George Washington University Medical School, with additional medical training in San Francisco and Washington, DC. She served as a doctor for nine years in the US Army before moving to the Pacific Northwest and civilian practice. She is married and has two boys. She loves giant dogs and has loved Earl, an English Mastiff, and two Newfoundlands, Edward and Albert. 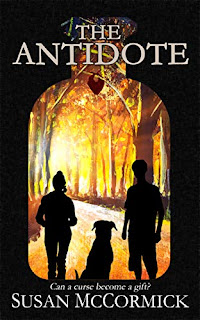 Kirkus Reviews says: "Impressively timely and resonant. A high-stakes and exciting tale of good versus evil that thoughtfully reflects on modern maladies."
Foreword Reviews calls The Antidote a thrilling and informative adventure story with a fascinating villain.
Can a curse become a gift? Twelve-year-old Alex Revelstoke is different. He can see disease. Also injury, illness, and anything else wrong with the body. This comes in handy when a classmate chokes on a hot dog or when the janitor suffers a heart attack unclogging a gooey science experiment gone awry. But Alex soon learnshis new ability puts him and an unsuspecting world in peril. Throughout time, Revelstokes have waged a battle against ancient evil itself. Aman, a being, an essence--the creator of disease. Alex has seen itsdarkness. He has felt its strength. He does not want to fight. But Alexis the last Revelstoke. The war has just begun.
With herunique perspective as a doctor, mother, and writer, McCormick combines her knowledge of medicine and her storytelling skills to craft aone-of-a-kind adventure about disease, darkness, and deception -- one readers won't be able to put down.
SusanMcCormickBooks.com
Posted by middle grade ninja at 8:41 AM