Amy Christine Parker and I talk about the Sunday school lessons that terrified and shaped us to write horror stories such as her newest young adult novel, FLIGHT 171. Of course, Amy did live in a haunted house when she was in the third grade, so that might also have had something to do with it. We discuss how she went from a stay-at-home parent to a professional writer in two years per an agreement with her husband, how she met her agent in a writers critique group, how she outlines her novels in such a way as to create a near first draft, how she stays fit while writing, how she watches out for serial killers, and so much more. 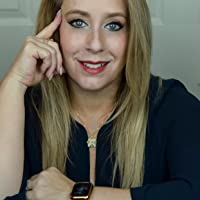 AMY CHRISTINE PARKER earned her degree in elementary education at Southeastern University in Lakeland, Florida, and then proceeded to try out many different jobs, including collectible doll maker, fondue waitress, and inner-city schoolteacher. It wasn’t until she became a mom and began making up bedtime stories for her children that she finally realized what she was meant to do. Now Amy writes full-time from her home near Tampa, Florida, where she lives with her husband, their two daughters, and one ridiculously fat cat.

In this edge-of-your-seat horror novel, a four-hour flight takes a nightmarish turn when a supernatural creature gives a group of high school students a sinister ultimatum.

Devon Marsh is haunted by secrets. Like the identity of the person who killed her twin sister, Emily, in a hit and run accident last Halloween, which Devon has vowed to uncover. Like the things Devon said to Emily just before she died.

But she’s determined to start fresh when she boards a four-hour flight along with her classmates for their senior class ski trip. Devon never could have guessed those secrets would surface in the most terrifying way when a supernatural creature hijacks their flight and gives the students a deadly ultimatum:

Choose one among them to sacrifice before the end of the flight. Or the plane will crash.

As the clock ticks down, the creature slowly unearths the passengers’ deepest, darkest secrets—and reveals that one of the teens on the plane is responsible for Emily’s death. The students must agree on a sacrifice, or there won’t be any survivors. But can Devon find a way to stop the creature, or will she give in to her anger and let revenge take control?

Posted by middle grade ninja at 9:07 AM