Shamim Sarif and I talk about her career directing films and writing novels, the differences and similarities between the two, and her approach to both. We also discuss her new young adult action novel, THE ATHENA PROTOCOL, and its emphasis on strong female characters. She gives some absolutely amazing advice about public speaking, having presented multiple Ted Talks. All this and a whole lot more in another incredible episode that’s not to be missed. 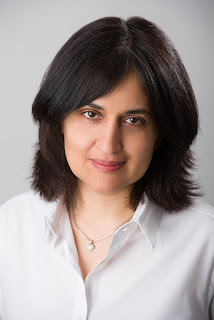 Born in the UK, Shamim is an award-winning novelist, screenwriter, and director.

Her newest book, The Athena Protocol, is an all-female contemporary action thriller.

Her debut novel, The World Unseen was inspired by her family’s South African Indian heritage. The book won a Betty Trask award and the Pendleton May First Novel award.

Shamim has adapted and directed the films of all three of her novels including, most recently, Despite the Falling Snow. The book was published by Headline in the UK and St Martin’s Press in the US. The movie stars Rebecca Ferguson and Charles Dance in a story of love and betrayal in cold war Russia. Her films have won 47 awards internationally.

An accomplished speaker, Shamim has spoken at TED events worldwide, at the INK Conference in India and DLD in Munich. Corporate speaking events have included Deloitte, Goldman Sachs, Citibank and Disney.

Shamim lives in London with her wife, Hanan, and their two sons. 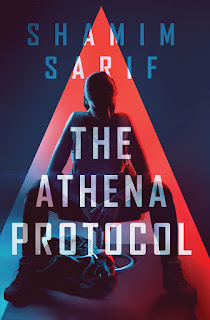 Jessie is a young, ambitious and hot-headed agent at Athena – a top secret, socially conscious, all-female organization that recruits brilliant young women and trains them in skills from coding to weaponry to combat injustices against women and children around the world. Athena’s leaders, one of whom is Jessie’s mother, have a strict policy that their agents never kill, so when Jessie loses control on a job and compromises the secrecy of the agency, she’s kicked off the team, with her own mother dismissing her without a second glance. But Jessie’s work for Athena and its mission is her identity, and she’s not going to stand by as her former colleagues set off to take down a human trafficking kingpin in Belgrade.

Desperate to prove herself, Jessie launches her own investigation—but going rogue means there’s no one there to watch her back as she gets closer to the horrifying truth behind the Belgrade operation. And in spite of herself, she’s falling for a woman who is likely behind the very evil she’s striving to take down.

ShamimSarif.com
Posted by middle grade ninja at 8:51 AM