Libby McNamee and I chat about historical fiction and her novels SUZANNA’S MIDNIGHT RIDE: THE GIRL WHO WON THE REVOLUTIONARY WAR, DOLLY MADISON AND THE WAR OF 1812: AMERICA’S FIRST LADY, and her upcoming book about Elizabeth Van Lew. We discuss writing about the past with empathy, distilling history into a fictional narrative, history as a context for the present, and so much more. 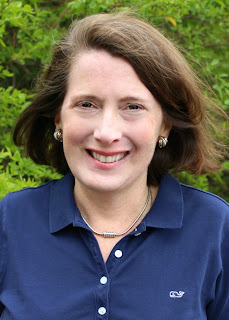 Libby McNamee is an author and lawyer. She loves exploring America’s many historical sites. When a descendant told her the TRUE story of Susanna Bolling from Virginia and her heroism during the Revolutionary War, Libby was determined to share it with the world. “Susanna’s Midnight Ride” is her first published novel. She is currently writing “Dolley Madison and the War of 1812: America’s First Lady.” In addition, she is a member of the American Friends of Lafayette, the American Revolution Roundtable, the Historical Novel Society, and James River Writers
Libby served as a US Army JAG Officer in Korea, Bosnia, Germany, and Washington State.  A native of Boston, Libby graduated with a BA in Government/International Relations and French from Georgetown University cum laude in 1988, a JD from Catholic University Law School in 1993, a Certificate in English Law from the London School of Economics in 1999. She has lived in the Richmond, VA, since 2002. 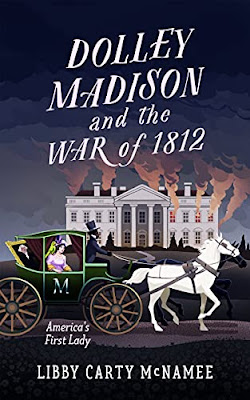 DOLLEY MADISON UNITES YOUNG AMERICA!Amidst the nonstop turmoil of the War of 1812, the decisive First Lady takes action and inspires an anxious nation.Dolley Madison faces a bitterly divided Washington City when her husband, James Madison, becomes our fourth president. The prospect of war against Great Britain threatens to tear our fragile republic apart. The "Presidentess" hosts open parties in the new President's House to unite political foes and cultivate an American identity.When President Madison declares war with disastrous results, Dolley carries on, ignoring the threats against her. However, as British soldiers march toward Washington City, she becomes their target. Now America's Second War of Independence hinges on her. What must she do to save the United States while also saving herself?The true story of a woman with humble Quaker roots who rallies America during the War of 1812!
LibbyMcNamee.com
Posted by middle grade ninja at 8:35 AM