Gregory Maguire and I chat about his career and why he continues to write for children when WICKED is now the fifth longest-running Broadway musical. We discuss writing about depression in animal fables such as in his newest middle grade novel, CRESS WATERCRESS, how a lack of television and a lot of writing set him up for early success, the mystery of inspiration, and so much more. And he gives a very brief sneak preview of his next book, THE WITCH OF MARACOOR. 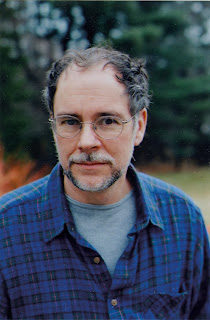 Gregory Maguire received his Ph.D. in English and American Literature from Tufts University, and his B.A. from the State University of New York at Albany. He was a professor and co-director at the Simmons College Center for the Study of Children's Literature from 1979-1985. In 1987 he co-founded Children's Literature New England. He still serves as co-director of CLNE, although that organization has announced its intention to close after its 2006 institute. The bestselling author of Confessions of an Ugly Stepsister, Lost, Mirror Mirror, and the Wicked Years, a series that includes Wicked, Son of a Witch, and A Lion Among Men. Wicked, now a beloved classic, is the basis for the Tony Award-winning Broadway musical of the same name. Maguire has lectured on art, literature, and culture both at home and abroad. He has three adopted children and is married to painter Andy Newman. He lives with his family near Boston, Massachusetts. 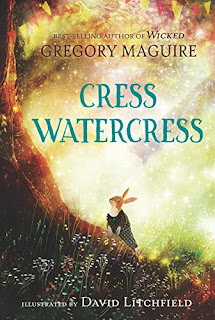 A lavishly illustrated woodland tale with a classic sensibility and modern flair—from the fertile imagination behind WickedGregory Maguire turns his trademark wit and wisdom to an animal adventure about growing up, moving on, and finding community. When Papa doesn't return from a nocturnal honey-gathering expedition, Cress holds out hope, but her mother assumes the worst. It’s a dangerous world for rabbits, after all. Mama moves what’s left of the Watercress family to the basement unit of the Broken Arms, a run-down apartment oak with a suspect owl landlord, a nosy mouse super, a rowdy family of squirrels, and a pair of songbirds who broadcast everyone’s business. Can a dead tree full of annoying neighbors, and no Papa, ever be home? In the timeless spirit of E. B. White and The Wind and the Willows—yet thoroughly of its time—this read-aloud and read-alone gem for animal lovers of all ages features an unforgettable cast that leaps off the page in glowing illustrations by David Litchfield. This tender meditation on coming-of-age invites us to flourish wherever we find ourselves.
GregoryMaguire.com
Posted by middle grade ninja at 8:20 AM