Middle Grade Ninja is available on Soundcloud, Stitcher, itunes, Podbean, Podblaster, RadioPublic, blubrry, Listen Notes, Google Play, and many other fine locations.
Marcella Pixley and I talk about her new novel TROWBRIDGE ROAD, currently on the long list for the National Book Award. We discuss the many parallels between that story set in 1983 (now considered historical fiction!), her own similar childhood and how she separated the two to create a “soul book” We also chat about editing, teaching 8th grade language arts during the time of COVID-19, launching books virtually, being visited in your dreams by the dead, flying saucers, simulation theory, and so much more. 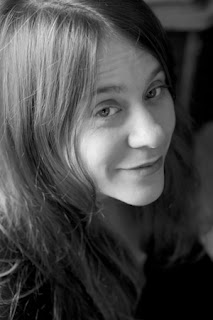 Marcella Pixley teaches eighth grade Language Arts at the Carlisle Public Schools. Her poetry has been published in literary journals such as Prairie Schooner, Feminist Studies, Sow’s Ear Poetry Review and Poet Lore, and she has been nominated for a Pushcart Prize. Ms. Pixley has written three acclaimed young adult novels: Freak, Without Tess, Ready To Fall. and most recently, Trowbridge Road. Freak received four starred reviews and was named a Kirkus Best Book of the Year, Without Tess was a Junior Library Guild Selection, Ready to Fall was named a Bank Street Best Book of the Year. Her forthcoming novel, Trowbridge Road is a Junior Library Guild Selection and has been named a Best Book of the Year by Prenille Ripp.

Ms. Pixley lives in an antique farmhouse in Westford, Massachusetts with her husband and two sons. She is a graduate of Vassar College, University of Tennessee and Bread Loaf School of English. 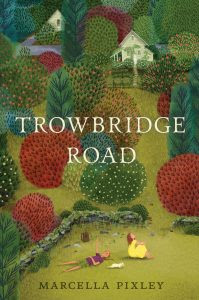 In a stunning novel set in the 1980s, a girl with heavy secrets awakens her sleepy street to the complexities of love and courage.

It’s the summer of ’83 on Trowbridge Road, and June Bug Jordan is hungry. Months after her father’s death from complications from AIDS, her mother has stopped cooking and refuses to leave the house, instead locking herself away to scour at the germs she believes are everywhere. June Bug threatens this precarious existence by going out into the neighborhood, gradually befriending Ziggy, an imaginative boy who is living with his Nana Jean after experiencing troubles of his own. But as June Bug’s connection to the world grows stronger, her mother’s grows more distant — even dangerous — pushing June Bug to choose between truth and healing and the only home she has ever known.

Trowbridge Road paints an unwavering portrait of a girl and her family touched by mental illness and grief. Set in the Boston suburbs during the first years of the AIDS epidemic, the novel explores how a seemingly perfect neighborhood can contain restless ghosts and unspoken secrets. Written with deep insight and subtle lyricism by acclaimed author Marcella Pixley, Trowbridge Road demonstrates our power to rescue one another even when our hearts are broken.
Marcella Pixley.com
Posted by middle grade ninja at 8:25 AM