Mira Bartók and I discuss her novel, THE WONDERLING, its inception, the incredible circumstances that led to its sale at auction and a movie deal before it was fully written, how Kate Winslet nearly narrated its audiobook, its upcoming sequel, and more. Mira explains her life as a “compulsive creator.” She’s a musician, an artist, an award-winning author, and she shares her wisdom about all of it in a delightful conversation you won’t want to miss. 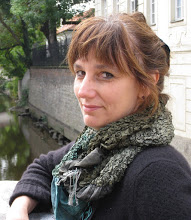 Mira Bartók is an artist and writer, and the creator of The Wonderling: Songcatcher, the first book in an illustrated middle-grade fantasy series (Candlewick Press 2017). The Wonderling will also be a movie, directed by award-winning British director, Stephen Daldry (The Crown, Billy Elliot, The Reader, etc.), and produced by Working Title Films and Fox2000. Mira is also the author of THE MEMORY PALACE, a New York Times bestselling memoir and winner of the National Book Critics Circle Award for autobiography. She has written numerous books on ancient and indigenous cultures for children (The Ancient and Living Stencil Series), and her writing for adults has been nominated for a Pushcart Prize, noted in The Best American Essays series and has appeared in many literary journals, magazines and anthologies. She lives in Western Massachusetts with her musician/producer husband Doug Plavin and their little dog Sadie. 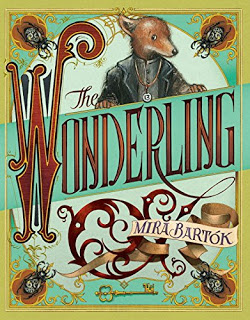 In this extraordinary debut novel with its deft nod to Dickensian heroes and rogues, Mira Bartók tells the story of Arthur, a shy, fox-like foundling with only one ear and a desperate desire to belong, as he seeks his destiny.

Have you been unexpectedly burdened by a recently orphaned or unclaimed creature? Worry not! We have just the solution for you!

Welcome to the Home for Wayward and Misbegotten Creatures, an institution run by evil Miss Carbunkle, a cunning villainess who believes her terrified young charges exist only to serve and suffer. Part animal and part human, the groundlings toil in classroom and factory, forbidden to enjoy anything regular children have, most particularly singing and music. For the Wonderling, an innocent-hearted, one-eared, fox-like eleven-year-old with only a number rather than a proper name — a 13 etched on a medallion around his neck — it is the only home he has ever known. But unexpected courage leads him to acquire the loyalty of a young bird groundling named Trinket, who gives the Home’s loneliest inhabitant two incredible gifts: a real name — Arthur, like the good king in the old stories — and a best friend. Using Trinket’s ingenious invention, the pair escape over the wall and embark on an adventure that will take them out into the wider world and ultimately down the path of sweet Arthur’s true destiny. Richly imagined, with shimmering language, steampunk motifs, and gripping, magical plot twists, this high adventure fantasy is the debut novel of award-winning memoirist Mira Bartók and has already been put into development for a major motion picture.

Posted by middle grade ninja at 8:29 AM