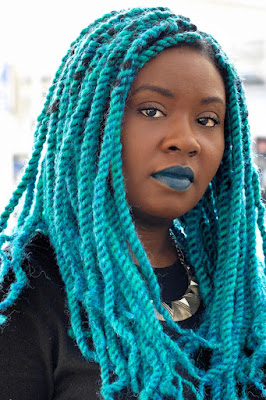 Quressa Robinson joined the Nelson Literary Agency in 2017 after working at a previous agency and as an editor for five years. She is originally from San Francisco, but has been living in New York City for over a decade. As a New York based agent, she is eager to build her MG, YA, and Adult lists. When not curled on her couch reading, she plays video games, enjoys too much TV–mostly Sailor Moon and Harry Potter (Slytherin!), eats delicious things, drinks champagne, hangs out with her very clever husband, and adds another “dramatic” color to her lipstick collection. Quressa is also a member of the 2017-2019 WNDB Walter Grant Committee and holds an MFA in Creative Writing: Fiction from Columbia University.

In her own words: I’ve been an avid reader as long as I can remember. My oldest grudge stems from third grade, when the librarian’s daughter beat me out of a first-place gold medal in the summer reading challenge by two books. I was robbed! Needless to say, my competitiveness and love for books are a great match for my chosen profession. Despite originally wanting to become a pediatrician, and then a biochemist, I quickly discovered that math was my greatest nemesis and that there was an industry I could join completely devoted to books. Thus began my journey into publishing, first by getting an MFA in Creative Writing from Columbia, and then by spending five years as an editor, mostly at a Big Five publisher. I joined NLA in September 2017 after spending close to a year at another agency.

I’m originally from San Francisco, but have been living in New York City for over a decade. I’m a West Coast New Yorker! I still say hella! As a New York based agent, I’m eager to build my MG, YA, and Adult lists. When I find a great book I get very invested. I fall in love. The characters begin to feel real and familiar. The story becomes a treasured member of my family (and library). It owns my heart. I have very eclectic tastes and represent a wide range of genres. I am most drawn to literary voices in commercial packages, wonderfully realized characters, untold stories from underrepresented communities, immersive world building, and complex narrative approaches/plots. Also, I am most drawn to character-driven stories and love strong voice as well. I am a huge romantic and don’t mind romance subplots outside of the romance genre.
Give me stories that will make me geek out. If you can make me have an epic fangirl squee—have stories featuring fairies and warrior princesses with afros and rainbow dreads or envision winter elves inspired by an Asian or Latinx culture—then we are definitely a match. I’m also looking for stories with best friends like Molly and Issa on Insecure, enemies to lovers, coming-of-age stories, The Breakfast Club with a twist, family drama, witches (!), and alpha heroes paired with witty heroines. If you have bold, fresh, or quirky stories, they will be right up my alley. I’m also looking for stories that feel timeless and timely, despite the current climate or when they were originally written. I’m a huge re-reader. Or give me something I didn’t know I desperately needed. Above all, give me stories I can become deeply passionate about.
For more information on what I’m looking for, check out our submission guidelines, visit me at Publishers Marketplace, check out my #MSWL, and follow me @qnrisawesome.
And now Quressa Robinson faces the 7 Questions:

This is always a tough one. I read so much that it can be hard to have favorites. I think THE PALADIN by CJ Cherryh and THE GIVER by Lois Lowry are both books in my formative years that changed the way I looked at writing and reading. I didn’t realize that SFF could be literary and so thought provoking and complex until I read THE GIVER and I didn’t know that women could enact revenge or become sword masters until THE PALADIN.

More recently I’ve enjoyed A DISCOVERY OF WITCHES by Deborah Harkness. I’ve read it a bunch of times and can never get enough of how well she combines, romance, history, research, and paranormal elements.

Another tough one. I love THE PRINCESS BRIDE and THE NEVERENDING STORY. I think I have a type! I lean into the fantastic for books and screen. As a twist, SOME KIND OF WONDERFUL is my favorite John Hughes film, but he has so many great gems that most of them are in my top ten.

All my clients are pretty easy going, which helps since I’m pretty type A. But generally I’m looking for authors who are prolific, easily adaptable, and hard-working.

I’m on the hunt for more adult SFF. I do lean more toward fantasy than sci-fi, but that means when a sci-fi is right up my alley I know it’s special.

I also would love to see more MG in all genres (except mystery). I’d especially love to see some witch school action or an epic fantasy with strong series potential.

I like that I have the freedom to pursue projects simply because I’m passionate about them. When it’s the right fit I get to offer rep.


The hardest thing is having to close a submission because a project isn’t going to sell. It’s a tough convo to have with a client.

Don’t take it personally! This is a tough industry and it’s full of rejection at every step, and at every stage. It’s often a business decision and has nothing to do with the writer themselves or their level of talent.

Oh wow. That’s hard. Maybe Jane Austen or James Baldwin? Mary Shelley would be on the list as well. I think they are all immensely talented and were ahead of their time. I’m sure anyone of them would be great conversationalists.


nelsonagency.com
Posted by middle grade ninja at 10:18 AM