Author Amber Smith and I discuss her newest novel, SOMETHING LIKE GRAVITY. We talk about where she got her idea originally, her process for writing it, and the techniques she employed in telling her story. We also talk about her journey of writing and publishing her first novel, THE WAY I USED TO BE, from the frustrations of rewriting it to the joys of it becoming an award winning New York Times Bestseller. She shares her tips for writing a romantic story, for building suspense, and for writing about characters respectfully without exploiting them. WARNING: We briefly discuss sexual assault as depicted in Amber's books, so discretion should be exercised for younger members of Esteemed Audience. 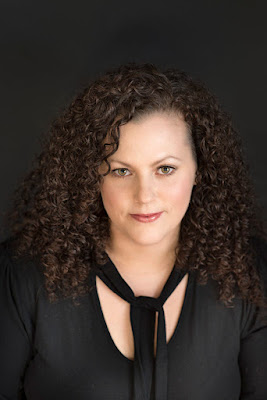 Amber Smith is the New York Times bestselling author of the young adult novels, The Way I Used to Be, The Last to Let Go, and Something Like Gravity. Her debut, The Way I Used to Be (2016), was selected for the American Library Association’s Amelia Bloomer List of Feminist Literature and Texas Library Association’s TAYSHAS List, it was named a Bank Street Best Book of the Year, and nominated for a Goodreads Choice Award in YA Fiction, Connecticut’s Nutmeg Book Award, and Indiana’s Eliot Rosewater Award. Her second novel, The Last to Let Go (2018), received starred reviews from Booklist and VOYA, and was named a most-anticipated book by B and N Teen Blog, Elite Daily, and Bookish. Her next novel, Something Like Gravity, will be released June 18th, 2019 from Simon and Schuster.

Amber grew up in Buffalo, New York and now lives in Charlotte, North Carolina with her partner and their ever-growing family of rescued dogs and cats. Fueled by a lifelong passion for the arts, story, and creative expression, Amber graduated from art school with a BFA in Painting and went on to earn her master’s degree in Art History. When she’s not writing she’s usually reading, but can also be found in her studio making art or freelancing as an art consultant. She has also written on the topics of art history and modern and contemporary art.

An advocate for increased awareness of gendered violence, including sexual assault and domestic or intimate partner abuse, as well as LGBTQ equality, she writes in the hope that her books can help to foster change and spark dialogue surrounding these issues. 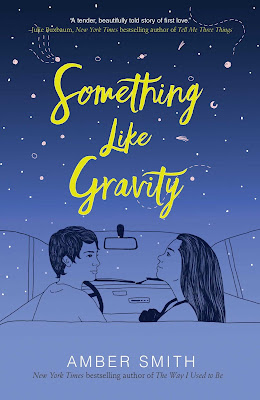 For fans of Love, Simon and Eleanor and Park, a romantic and sweet novel about a transgender boy who falls in love for the first time—and how first love changes us all—from New York Times bestselling author Amber Smith.
Chris and Maia aren’t off to a great start.

A near-fatal car accident first brings them together, and their next encounters don’t fare much better. Chris’s good intentions backfire. Maia’s temper gets the best of her.
But they’re neighbors, at least for the summer, and despite their best efforts, they just can’t seem to stay away from each other.

The path forward isn’t easy. Chris has come out as transgender, but he’s still processing a frightening assault he survived the year before. Maia is grieving the loss of her older sister and trying to find her place in the world without her. Falling in love was the last thing on either of their minds.

But would it be so bad if it happened anyway?
Posted by middle grade ninja at 9:14 AM

Email ThisBlogThis!Share to TwitterShare to FacebookShare to Pinterest
Labels: Amber Smith, Interview, Podcast, Something Like Gravity, The Way I Used to Be, Young Adult