One of Time magazine’s 100 most influential people of 2017, Linda Sarsour, shares details about her life as featured in the middle grade edition of her autobiography, WE’RE IN THIS TOGETHER. We talk about her work organizing the Woman’s March in 2017, the radicalizing moment that happened to her after the 911 attacks, why it’s crucial to get to know the people in your life even when you don’t agree with them, what gives her hope, and what fuels her to get up and fight, and fight, and fight. And I try to convince her to organize for UFO disclosure, so look forward to that. 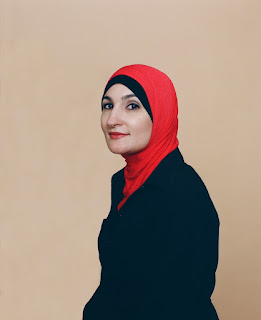 Linda Sarsour is an author, award-winning racial justice and civil rights activist, seasoned community organizer and mother of three. Ambitious, outspoken and independent, Linda shatters stereotypes of Muslim women while also treasuring her religious and ethnic heritage. She is a Palestinian Muslim American and a self-proclaimed “pure New Yorker, born and raised in Brooklyn!” She is the former Executive Director of the Arab American Association of New York and co-founder of the first Muslim online organizing platform, MPOWER Change. Linda has been at the forefront of major civil rights campaigns including calling for an end to unwarranted surveillance of New York’s Muslim communities and ending police policies like stop and frisk. In wake of the police murder of Mike Brown, she co-founded Muslims for Ferguson to build solidarity amongst American Muslim communities and encourage work against police brutality. She is a member of the Justice League NYC, a leading NYC force of activists, formerly incarcerated individuals, and artists working to reform the New York Police Department and the criminal justice system. Linda was the National Co-Chair of the 2017 Women’s March on Washington, dubbed the largest single day protest in US history. She serves on the executive board of Women’s March, Inc. where she focuses on fundraising and direct action planning. 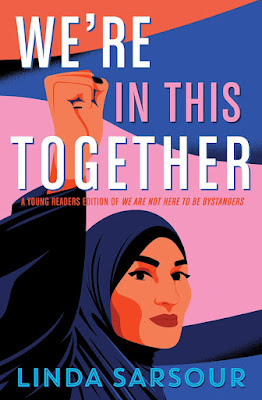 An inspiring and empowering young readers edition of We Are Not Here to Be Bystanders, the memoir by Women’s March coorganizer and activist Linda Sarsour.You can count on me, your Palestinian Muslim sister, to keep her voice loud, keep her feet on the streets, and keep my head held high because I am not afraid.On January 21, 2017, Linda Sarsour stood in the National Mall to deliver a speech that would go down in history. A crowd of over 470,000 people gathered in Washington, DC, to advocate for legislation, policy, and the protection of women’s rights—with Linda, a Muslim American activist from Brooklyn, leading the charge, unapologetic and unafraid.In this middle grade edition of We Are Not Here to be Bystanders, Linda shares the memories that shaped her into the activist she is today, and how these pivotal moments in her life led her to being an organizer in one of the largest single-day protests in US history. From the Brooklyn bodega her father owned to the streets of Washington, DC, Linda’s story as a daughter of Palestinian immigrants is a moving portrayal of what it means to find your voice in your youth and use it for the good of others as an adult.

Posted by middle grade ninja at 9:16 AM

Email ThisBlogThis!Share to TwitterShare to FacebookShare to Pinterest
Labels: Interview, Linda Sarsour, Podcast, politics, WE’RE IN THIS TOGETHER, Woman’s March