Ally Malinenko and I discuss glorious middle grade horror such as her novels GHOST GIRL and THIS APPEARING HOUSE and why it’s important for children to have access to scary stuff. We talk about the trauma of surviving cancer and living life (and writing) with NED, or “No Evidence of Disease.” We also chat about Ally’s tumultuous publishing journey, flying saucers, the after life or lack there of (naturally), and so much more. 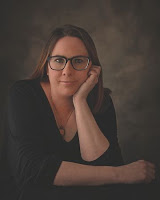 Ally Malinenko is a poet, novelist, and librarian living in Brooklyn, New York, where she pens her tales in a secret writing closet before dawn each day. Connect with Ally on her website at www.allymalinenko.com. 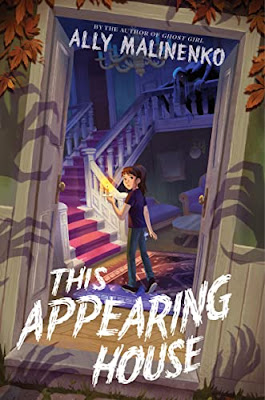 From the author of Ghost Girl comes another standalone spooky middle grade for fans of Nightbooks and Ghost Squad, about a terrifying house and the girl haunted by her experience with cancer, grief, and healing. Are you brave enough to step inside?

For as long as anyone could remember there wasn’t a house at the dead end of Juniper Drive . . . until one day there was.

When Jac first sees the House, she’s counting down to the five-year anniversary of her cancer diagnosis, when she hopefully will be declared NED, or “no evidence of disease.” But with a house appearing, and her hands shaking, and a fall off her bike, Jac is starting to wonder if these are symptoms—or if something stranger is happening.

Two classmates dare Jac and her friend Hazel to enter the House. Walking through the front door is the way in. It’s definitely not the way out. There’s something off about the House; Jac can feel it. The same way she knows it’s no coincidence that the House appeared for her five-year marker. It wants something from her. And she won’t be able to get out until she figures out what.

Posted by middle grade ninja at 8:02 AM