Middle Grade Ninja is available on Soundcloud, Stitcher, itunes, Podbean, Podblaster, RadioPublic, blubrry, Listen Notes, Google Play, and many other fine locations.
Editor Mari Kesselring and author Patrick Hueller share with me the story of how they met, each a set of identical twins with a love of literature, and how they work together now as writers, parents, and spouses. Mari tells me about her publisher, North Star Editions, and Patrick tells me about his newest book, READ AT YOUR OWN PERIL. We also talk author submissions, editorial styles, launching books in the time of COVID-19, reaching reluctant readers, how pantsers and plotters can apparently learn to love one another, and so much more.
Check out Patrick's guest post "A Pulse-Pounding, Hair-Raising, Gut-Busting Good Time (Reading and Writing as Physically as Possible)" by Patrick Hueller 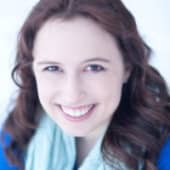 Mari Kesselring is an editor with experience working on many fiction and nonfiction books aimed at children and young adults. Some fiction books she’s edited have earned the following honors: YALSA Quick Picks for Reluctant Young Adult Readers, Junior Library Guild Selection, and ALA Rainbow List. She enjoys YA novels with compelling narratives and distinct, diverse voices. Mari is also the author of several books, including the middle-grade series, Bridget Gadget.

Patrick Hueller has an MFA from the University of Minnesota. Through various pen names, he has written several YA and MG novels. Foul, a sports-horror story written under the name Paul Hoblin, was described by Booklist as “the strongest entry yet in the Night Fall collection” and “unbearably tense.” The Beast (also as Paul Hoblin) was a School Library Journal selection. Wolf High and The Wish (as P.W. Hueller) both made SLJ’s list of “Accessible Reads for Struggling Reluctant Readers.” As himself, Patrick is the author of the STU STORIES series, which, according to award-winning author Geoff Herbach "hits on pretty much every topic I cared about when I was a kid (love, Jedis, severed legs, etc.). National Book Award finalist Charles Baxter described KIRSTEN HOWARD'S BIGGEST FAN as "beautifully written, with a concert-hall perfect pitch for adolescent speech and idiom and ways of feeling." 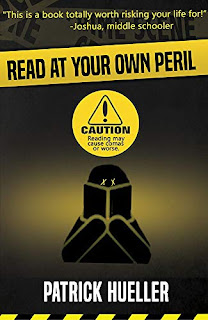 Kevin shouldn’t be writing this. And you shouldn’t be reading it. After all, reading is now a crime--and for good reason. After the Coma Outbreak, everyone knows what happens to people who read. Their eyes slam shut. And they never get out of their desks again.