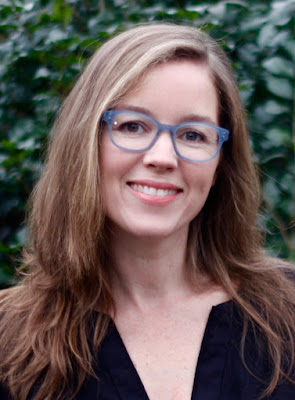 Stephanie Fretwell-Hill started her publishing career in 2004 at Walker Books Ltd. in London, where she sold foreign language rights. Working in a design-led company with legendary artists such as Helen Oxenbury and Lucy Cousins sparked her love of illustration, while her sales role gave her an international perspective on children’s publishing.
In 2011, Stephanie moved back home to the United States, where she joined Peachtree Publishers as an editor. During her four years there, she acquired fiction and non fiction picture books, middle grade, and young adult titles. Her acquisitions received such honors as YALSA Best Fiction for Young Adults, Bank Street Best Children’s Books of the Year, Parents’ Choice Awards, and numerous starred reviews from major trade magazines.
As the newest agent to join Red Fox Literary, Stephanie represents both authors and illustrators of board books, picture books, middle grade, and young adult. She will consider stories in any genre, but looks for a strong voice, rich and multi-layered plots, and stylish, classic, or quirky illustrations. Most of all, she loves anything that really makes her laugh.
Stephanie lives in Atlanta, Georgia with her English husband, brand new baby girl, and a border collie named Rooney. When her nose isn’t in a book, she can often be found changing diapers, renovating a house, traveling someplace new, or cooking dinner.
And now Stephanie Fretwell-Hill faces the 7 Questions:

That’s an ever-changing list! But I’ll go with one classic and two recents:

To Kill a Mockingbird
Doll Bones
Eleanor and Park

Breaking Bad, Fargo, anything by Hitchcock

Positive attitude, excellent writer or illustrator, fun to work with

Literary and commercial picture books, middle grade, and YA. Can be fiction or non-fiction, but I’m looking for a strong voice, excellent writing, memorable characters. I don’t tend to love fantasy or sci-fi, or anything saccharine sweet (but I could be persuaded to by the right project).

My favorite thing is working with talented and wonderful people.

My least favorite thing (so far— I’ve only been an agent for about two months now!) is my query inbox, which has 2000 manuscripts waiting for me as we speak.

Read, read, read. In whatever genre you are writing in, read everything you can get your hands on. And then think about what you’ve read. Why does it work? Why doesn’t it?

Hmm…I’m going to go back to my first answer, and say Harper Lee. Because not only did she write fascinating characters, I think she must have been one herself.