Lane Heymont and I have a far-ranging discussion about books, movies, publishing, the evil of the Sackler family, the nature of forgiveness, his path from being a literary assistant to founding The Tobias Literary Agency, why it’s crucial for him to be passionate about the projects he represents, why writers should always be writing, moral clauses in book contracts, the consolidation of major publishers, being a mensch, and so much more. 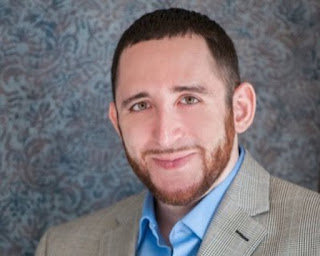 Lane’s love affair with literature began at the age of eight when his grandfather offered him $5 to read and discuss the classics of literature. He began his publishing career in 2012 at The Seymour Agency and in 2016 formed The Tobias Literary Agency.  With his eclectic taste and particular passion for horror, Lane is the top literary agent in the genre.
Some of Lane’s favorite reads include: FRANKENSTEIN by Mary Shelley, THE HUNGER by Alma Katsu, SKELETONS AT THE FEAST by Chris Bohjalian, KNIGHT OF THE BLACK ROSE by James Lowder, the DRAGONLANCE CHRONICLES by Margaret Weis and Tracy Hickman, IN COLD BLOOD BY Truman Capote, I KNOW WHY THE CAGED BIRD SINGS by Maya Angelou, and THE DINOSAUR ARTIST by Paige Williams.
His favorite writers include Sheridan Le Fanu, Mary Shelley, Margaret Weis and Tracy Hickman, Alma Katsu, Chris Bohjalian, and Lovecraft despite his politics and gross bigotry.
Lane represents a broad range of commercial fiction and serious nonfiction. In fiction, he is open to projects broadly defined as speculative fiction. He is most interested in horror defined however one defines it. This includes select young adult projects. He prefers contemporary settings and is always looking for own voices projects by BIPOC, LGBTQIA+, and other underrepresented cultures/identities in both fiction and nonfiction. In nonfiction, Lane acquires celebrity projects, science, cultural studies, history, and pop-culture.
TheTobiasAgency.com
Posted by middle grade ninja at 8:58 AM