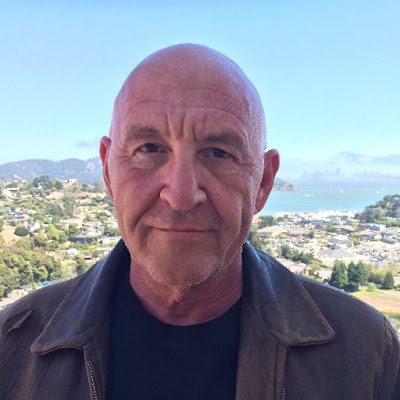 Michael Grant is the evil genius of YA Fiction. By his own admission he sets out to scare his readers. That might explain why one of his biggest fans is Stephen King who called The Gone Series ‘A driving, torrential narrative’.

But Michael is interested in more than just scaring people. With his major new trilogy, Front Lines, he finally gets to match his greed for a good story with his passion for history. He wants the reader to forget about dates and to look again at things they thought they knew from school. In his own words, ‘history is the backstory of the human race … statistics don’t really tell the whole story. For that you need people – characters. The latest instalment, Silver Stars, finds Michael’s characters already battle hardened, but they still have much conflict to face both on and behind the battle field.

Michael has also been selected as a World Book Day author for 2017. For this he has written an exclusive Front Lines story, Dead of Night.

Michael’s life is a rich source for his torrential narratives. Growing up in a military family he’s lived in almost 50 different homes in 14 US states, and moved in with his wife, Katherine Applegate, after knowing her less than 24 hours. Michael and Katherine were running their own cleaning business when they were working on their first book. Since trading in his marigolds, Michael has now written around 150 books (with Katherine, as himself, under pseudonyms and as a ghostwriter).

He now lives in the San Francisco Bay area taking his inspiration from his charming view of Alcatraz. From across those dark waters have emerged his dystopian fantasy series, Gone, his thrilling futuristic trilogy Bzrk, the menacing Messenger of Fear, and now the epic reimagining of the past, Front Lines.

Click here to read my review of The Magnificent 12: The Call.

I’m going to cheat and name series.  The Aubrey/Maturin books by Patrick O’Brian, the Flashman books by George MacDonald Fraser, and The Big Sleep by Raymond Chandler, because man, I wish I could write like Chandler.

I spend about 3 hours a day, seven days a week, actually typing words or at least intending to.  Another hour a day on social media and assorted nonsense.  And anytime I’m conscious I may be thinking about a book.  I do very little reading in the conventional sense, I listen to a lot of audiobooks. I’m a bit ADD and audiobooks allow me to read more closely.

My wife, Katherine Applegate and I were at a low point in our lives after many other low points, and Katherine suggested we should become writers. So I said: OK.  At the time we were cleaning homes and offices on Cape Cod.  We wrote a pair of Herlequins, switched to ghostwriting for Sweet Valley, eventually created Animorphs and finally became the Towering Geniuses of Literature Loved By All that we are today.

I believe a certain amount of innate talent is required. From that point you are either taught, or teach yourself. I taught myself. I’ve never taken a writing course or read a full book on writing (though I did skim Stephen King’s book, because he’s Stephen King).  I dislike being ‘taught,’ I much prefer figuring it out for myself.  I don’t like downloading some canned knowledge app, I want to write the software myself.  I’m the writing equivalent of one of those people who, rather than simply buying a car, insist on making one from a kit.

My favorite thing is that I’m sitting here in my courtyard wearing sweat pants and a t-shirt, starting and ending my day whenever I choose, writing what I choose.  I’m as free as I know how to be while still making a living.  Very few people get to do that, and there is never a day when I don’t acknowledge how well my life turned out, and recognize how much of it was just dumb luck.

My least favorite part of writing is social media. It’s fun talking to fans, but the rest of it is stupidity and nastiness.

Start writing.  If you start writing and are very pleased with the result and think your words are just about perfect, go find another career.  If you start writing and discover as you go along that there are gaps in your skills, that it is hard for you to put into words what is in your head, and begin to realize that writing has squat to do with inspiration and everything to do with work?  And if you read your stuff back and wince, and hear false notes, and feel the need to fix those things? Congratulations, you may become a writer.  You need an ‘ear’ for what’s wrong, and the pride and work ethic to fix it.

I wouldn’t.  First, I’m quite anti-social and don’t really enjoy hanging out.  And second, I have never understood the point of meeting writers.  I do meet writers, of course, on book tour or at conferences.  But a writer is his or her writing. Either I enjoy their work or I don’t, but either way, how is my life improved by discovering that a writer has bad breath or a booger hanging out of his nose?

michaelgrantbooks.co.uk
Posted by middle grade ninja at 9:26 AM