Anthony McGowan and I discuss his writing process and how it was specifically employed in his newest, DOGS OF THE DEADLANDS, which he says is the hardest book he’s ever written. We also talk about his winding path from a once reluctant reader to a prolific writer, how he learned to write for younger readers, his time as a bouncer, a period when his spouse was a more successful author than he was, tips for characterization, the joy of writing as a hobby as opposed to a career, an author’s cricket club, and so much more. 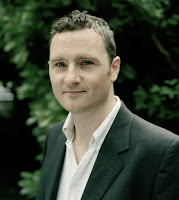 Anthony McGowan is one of the most widely acclaimed young-adult authors in the UK. His books have won several major awards, and been shortlisted for many more. He has also written highly regarded adult fiction, as well as books for younger readers. He has a PhD on the history of beauty, and has taught philosophy and creative writing. He lives in London with his wife and two children. 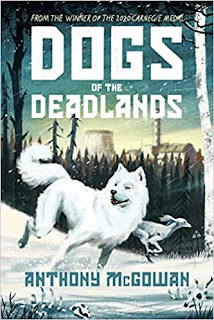 ‘This book! It broke my heart and then splinted it back together again. Full of hope and love and wildness... Imagine Watership Down meets The Animals of Farthing Wood but fiercer.’Hannah Gold, author of The Last BearChernobyl, 1986. Without humans, how will dogs survive?As humans fled the nuclear disaster, they were forced to leave their pets behind. Without people, nature began to return to the woods surrounding the power plant—lynx, bear, and wolves. But the overgrown forest is no place for dogs. Can Zoya, and her pups Misha and Luka, learn to survive in the deadlands? And will Zoya ever find her way home to her beloved owner?

Posted by middle grade ninja at 8:37 AM