Jillian Boehme shares tales of being Authoress Anon and running one of the best author resource websites of all time, MISS SNARK’S FIRST VICTIM. We chat about her new novel, STORMRISE, how being a musician influences being a writer, how faith in God can aid the journey to publication, worldbuilding and language in fantasy novels, and so much more in a delightful conversation between long-time… people who blog and like each other’s blogs? Blog-leagues? Blog buddies? Whatever, enjoy the show. 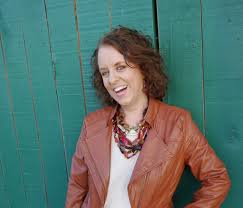 Jillian Boehme is known to the online writing community as Authoress, hostess of Miss Snark's First Victim, a blog for aspiring authors.

In real life, she holds a degree in Music Education, sings with the Nashville Symphony Chorus, and homeschools her remaining youngster-at-home.

She's still crazy in love with her husband of more than thirty years and is happy to be surrounded by family and friends amid the rolling knolls of Middle Tennessee. 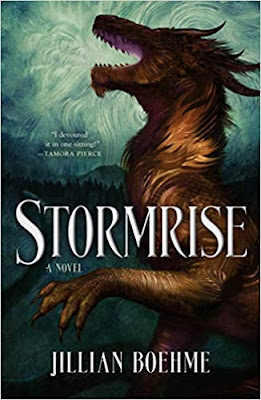 A combat warrior will risk everything to awaken the dragons and save her kingdom in Jillian Boehme's epic YA Fantasy debut, Stormrise, inspired by Twelfth Night and perfect for fans of Tamora Pierce.

If Rain weren’t a girl, she would be respected as a Neshu combat master. Instead, her gender dooms her to a colorless future. When an army of nomads invades her kingdom, and a draft forces every household to send one man to fight, Rain takes her chance to seize the life she wants.

Knowing she’ll be killed if she’s discovered, Rain purchases powder made from dragon magic that enables her to disguise herself as a boy. Then she hurries to the war camps, where she excels in her training―and wrestles with the voice that has taken shape inside her head. The voice of a dragon she never truly believed existed.

As war looms and Rain is enlisted into an elite, secret unit tasked with rescuing the High King, she begins to realize this dragon tincture may hold the key to her kingdom’s victory. For the dragons that once guarded her land have slumbered for centuries . . . and someone must awaken them to fight once more.

“Martial arts, a bold girl, a kingdom under attack, magic everywhere―I devoured it in one sitting! This book is one wild ride!” ―Tamora Pierce

MissSnarksFirstVictim.blogspot.com
Posted by middle grade ninja at 8:26 AM