7 Questions For: Author Will McIntosh 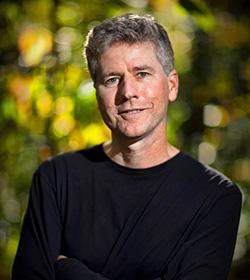 Will McIntosh is a Hugo award winner and finalist for the Nebula and eleven other awards. His most recent novels are Watchdog and Burning Midnight (Penguin Random House).

His previous book Defenders (Orbit Books) was optioned by Warner Brothers for a feature film, while Love Minus Eighty was named the best science fiction book of 2013 by the American Library Association. Along with six novels, Will has published around fifty short stories in Asimov’s (where he won Reader's Awards in 2010 and 2013), Lightspeed, Science Fiction and Fantasy: Best of the Year, and elsewhere.

Will lives in Williamsburg, Virginia with his wife Alison and twins Hannah and Miles. He left his position as a psychology professor in Southeast Georgia to write full time, and still teaches as an adjunct, at the College of William and Mary. Will is represented by Seth Fishman at The Gernert Company.

And now Will McIntosh faces the 7 Questions:

Watership Down by Richard Adams. The first book I fell in love with. The first one to rock my world so hard I never wanted it to end. One of the reasons I’m a writer. My mom bought it for me, and when I saw it was about rabbits I didn’t want to read it. But I also didn’t want to hurt my mom’s feelings, so I gave it a chance. Thanks, Mom.

Replay by Ken Grimwood. So, so wonderful. About a guy who dies at forty, and wakes up in his body at eighteen with all of his memories intact. When he reaches forty he dies again, and wakes up at eighteen again. Repeat.

Brittle Innings by Michael Bishop. This one is about a young man playing baseball for a minor league team during the great depression. His roommate is seven feet tall, badly scarred, and turns out to be…well, I don’t want to give it away. A haunting, beautiful book.

I write Monday to Friday 9 to 5, with breaks for lunch and exercise. Except when our twins are out of school, when I mostly take care of them and do very little writing. The surprising half of this answer is that I read very little at this point in my life, maybe 4 or 5 books per year.

I know most writers read a great deal, and I used to read 40 or 50 books a year, but since our twins were born and I switched careers from psychology professor to full-time writer, free time is hard to come by. Both of my kids have ADHD and are on the autism spectrum, and they thrive on staying active. So it boils down to: I can read, or I can write. Usually I prefer to write.

My writing career started as a lark. I had a cool science fiction dream, and decided to try writing it as a story. I was about 36 at the time. I had so much fun writing the story I was hooked, and I wrote more and more in my spare time.

My first 88 submissions were rejections, but I kept on writing, and finally sold a story for twenty bucks. I was stunned when one of my stories, “Bridesicle”, won a Hugo Award, and that’s when I started taking writing more seriously, and I started mostly writing novels.

Finally, because my heart was in writing, and because my wife and I decided we wanted to move, I resigned my tenured position at a university and began writing full time.

I believe it’s about a 50-50 mix. I’m a psychologist by training, and there’s a lot of research out there examining how much specific traits are inborn, and how much learned. The best answer usually seems to be something like 50-50.

For example, are we born as introverts and extraverts, or is it something we become through life experience? Best estimates are it’s about 60% genetic, 40% experience. So I think writers need to have some innate spark of talent, then the rest depends on education, mentoring, motivation, and so on.

My favorite thing is coming up with ideas, followed by actually writing that first draft. I love coming up with new ideas and fleshing them out. It energizes me.

My least favorite thing is the business side of writing. Going on social media to try to raise awareness that I have books out there, worrying about whether the book I want to write is marketable, and will fit nicely into an Amazon category. Bleh.

Write as much as you can, and don’t get too discouraged if you don’t experience immediate success. Just write for the joy of it at first. For most people it takes a few years (you often hear the number one million words tossed about) before your work is good enough to be published.

I’d have to go with Stephen King. I don’t read much horror anymore, but for two decades I would buy Stephen King’s books the moment they hit the shelves. I think his writing is a perfect balance of readability and art. On top of that, he seems to be an incredibly nice guy who cares passionately about other people. I considered answering George Orwell, Mary Shelley, J.R.R. Tolkein, and Aldous Huxley, but I’m not sure those lunches would be as fun as hanging out with Mr. King.

www.willmcintosh.net
Posted by middle grade ninja at 9:17 AM