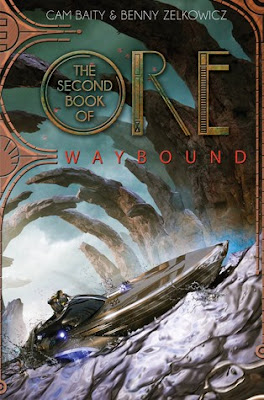 When we set out to write our trilogy, THE BOOKS OF ORE, we ambitiously (and quite naively) attempted to build an entirely new world from scratch. Why hold ourselves to the familiar fantasy building blocks of medieval Europe, or magic, or talking animals? Our experience as animators taught us that every cliché could be challenged, so that even basic assumptions of what makes a tree and how the planets move could be turned on their ears.

It sounded like a great idea at the time––if only we had taken a moment to look around at the massive hole we had dug ourselves into!

So we labored to invent and envision every detail of two worlds: Albright City, a “Deco-punk” metropolis of streamlined retro futurism, and Mehk, a mysterious realm of living metal and organic machines.

That meant that we first had to communicate these concepts to one another to ensure that we were on the same page. In this process, we found that drawing was an invaluable tool in unifying our vision, and over the course of writing the trilogy, we have produced hundreds of sketches, maps, and schematics.

Here are three illustrations that stood out from our years of development, images that say something unique about our worlds and the nature of our story:

When our heroes, Phoebe and Micah, go on a daring rescue mission, they find themselves stranded in Mehk. There they learn that all of the machinery and technology of their world is not invented, but rather poached from the living mehkan creatures. This illustration is one of our earliest, back when we were just starting to brainstorm the possibilities of Phoebe’s epic journey. It captures the threat of a young girl facing off against a titanic, unfathomable being. There is a suggestion of the mechanized biology that defines mehkans and of the immense danger that an unprepared human child would face. 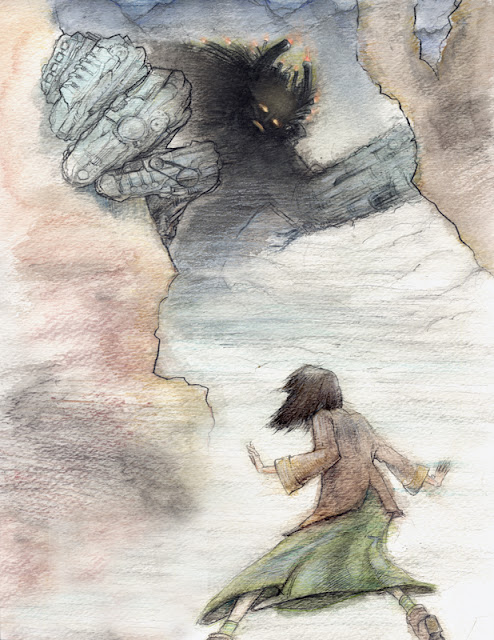 Phoebe and Micah’s home of Albright City is an amazing place, full of lightning-fast Auto-mobiles, glittering skyscrapers, and a never-ending parade of gadgets and gizmos that delight the eager citizens. Every machine and scrap of metal is produced by a powerful global corporation called The Foundry. One of their most popular products is the Cable-Bike, a thrilling means of transport that allows riders to shoot across the city suspended on a network of cables high above the ground. We wanted to create an image that would not only convey what the machine looks like, but that would also express some of the slick 1920’s design aesthetic that permeates the book. 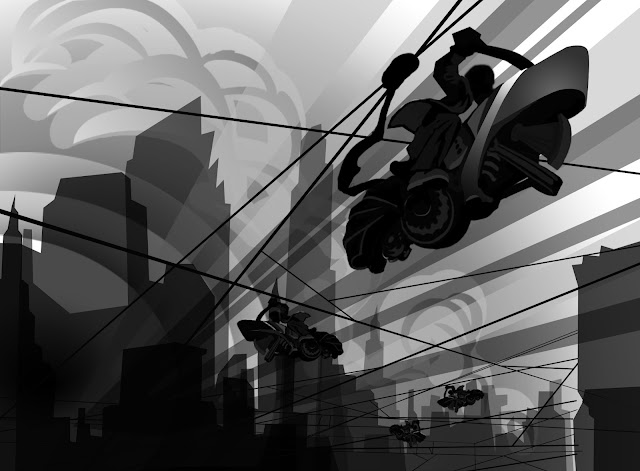 Another important part of our process was the development of the myriad mythologies, histories, and cultures of Mehk. We knew we wanted the world to be populated by numerous sentient species, which required us to think deeply about what they believe and why, and how those beliefs evolved over time. Among the legends that play an important role in the trilogy is the story of the Uaxtu, mythical necromancers who used amoral practices to cheat death. Mehkans fear these vengeful spirits that are said to wander the landscape in pursuit of living souls to consume. This image captures the dread that the mythic Uaxtu inspire, fogged by uncertainty and—like so many things in THE BOOKS OF ORE—it is not necessarily as it appears to be. 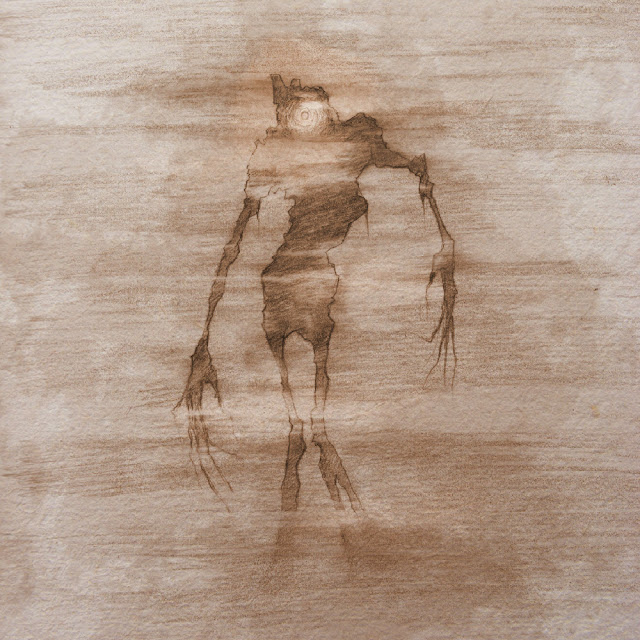 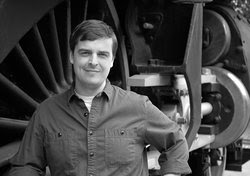 Cam was born during a nasty heat wave in Richardson, Texas. He has been drawing ever since he figured out how to use his hands, and in second grade he wrote his first book about an adventurous wombat in fluorescent high-top sneakers named "Mr. Cuzul." In fourth grade, he got his first taste of celluloid when he starred in an independent feature penned by Pulitzer Prize winning writer, Tracy Letts. Fortunately for Cam, the film was never completed.

Attending the Arts Magnet High School in Dallas, he won accolades for his work including First Place in Painting at the 1996 Visual Arts Guild Exhibit. Cam's obsessions with art and story collided when he studied animation at The School of Visual Arts in Manhattan as well as Calarts. He made short films, which screened around the world at festivals like Cinequest, Anima Mundi, and the BBC British Short Film Festival. With fifteen years of experience in the film industry, his credits include major motion pictures such as TEAM AMERICA: WORLD POLICE and popular television series like SPONGEBOB SQUAREPANTS and ROBOT CHICKEN for which he won an Emmy for Outstanding Individual Achievement in Animation. 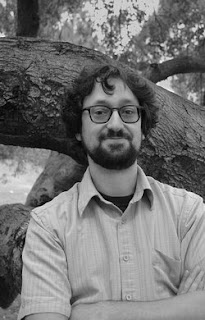 Born to professional musicians, BENNY bucked family tradition to pursue a sensible career in the hard sciences. While studying biopsychology at Oberlin College, he spent countless hours in the lab analyzing the tiny brains of the African knifefish.

By the time he graduated, he realized that his own brain was consumed not with his research, but with the film he was animating in his spare time. So Benny left the poor fish alone and earned an MFA in Experimental animation. He made an award-winning film, The ErlKing, animated entirely with sand, that screened all over the world. Benny also directed the kids' show "Lunar Jim" and provided the voice for the title character. Over the past thirteen years, Benny has worked on tons of commercials, music videos, feature films, and TV shows, and now, through some weird twist of fate, he's an author, too. 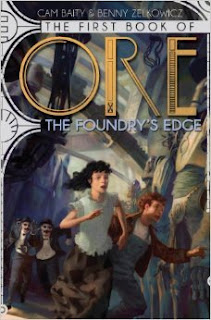 For Phoebe Plumm, life in affluent Meridian revolves around trading pranks with irksome servant Micah Tanner, and waiting for her world-renowned father, Dr. Jules Plumm, to return home. Chief engineer for The Foundry, a global corporation with an absolute monopoly on metal production and technology, Phoebe's father is often absent for months at a time. But when a sudden and unexpected reunion leads to father and daughter being abducted, Phoebe and would-be rescuer Micah find themselves stranded in a stunning yet volatile world of living metal-one that has been ruthlessly plundered by The Foundry for centuries and is the secret source of every comfort and innovation the two refugees have ever known.

camandbenny.com
Posted by middle grade ninja at 9:17 AM