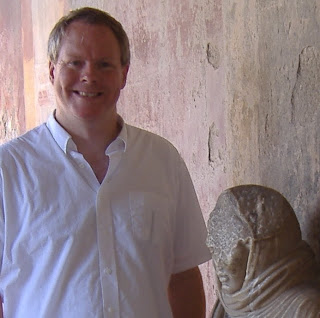 Tom Whitus has been a film director since 1997, when he made the short film Parts in New York City. The film was picked up for worldwide distribution by NYC-based distributor The Cinema Guild. Since then, Tom has directed the feature films More Than Puppy Love (2000), Threat of Exposure (2002), The Only Witness (2003, showed on Lifetime Network in 2004),Matchmaker Mary (2008), Jr. Detective Agency (2010, showed on Showtime, 2011-12); Sam Steele and the Crystal Chalice(2012) and An Old Man’s Gold (2013). The last two features are in worldwide distribution this year. Also, in 2006, Tom directed Give & Take, an award winning short film.

Tom's next project is the film adaptation of former Book of the Week Greenhorn by Anna Olswanger, which is what most of our interview focused on. And now Tom Whitus faces the 7 Questions:


Question Seven: What are your three favorite movies and television programs?


My favorite movies are Sullivan’s Travels, The Best Years of Our Lives and – a guilty pleasure – Animal House. My favorite TV shows are Law & Order, Entourage and Seinfeld.

What I love about directing is taking the written word and making it a visual experience. I love shot composition and working with the cast and crew to make little bits of magic at 24 frames per second. My least favorite thing is telling an actor they don’t have the part. I hate that.

Question Five: What attracted you to adapt Greenhorn to a film?

The screenwriter, Ree Howell, introduced me to Anna and asked if I would be interested in directing a short film based on the book. While I rarely direct films I did not write, and I’ve been mainly focused on feature films in the past five years – the concept intrigued me. When I read the book and knew Ree was writing the screenplay, I was sold.

Question Four: How does tackling a story about something as serious as the holocaust impact your approach?

You have to approach the subject matter with respect, but realize that these are kids. They want to laugh, they want to have fun – and they want to live their lives. Ultimately, the story is about remembering what happened and having the strength to live above it.

Question Three: When auditioning child actors, what qualities convince you in your casting decisions?

This is best answered with a story. I remember meeting a young woman named Katherine McNamara, a 12-year-old girl, when looking for the lead in a film I made about five years ago. She was an unknown in Kansas City, but I knew she was right for the role. I didn’t even audition her, I knew by the way she spoke to me and how she carried herself. She’s gone on to do a Broadway musical and star as Becky Thatcher in the latest Tom Sawyer film, so my instincts were right.

Question Two: How faithful will you be able to be to the book in your adaptation? As you’re translating the story to a different medium, what departures do you foresee being necessary?

Well, the first step is Ree doing her job in writing the screenplay, then it’s my job to make sure the visual impact matches the story that Anna has created and Ree has adapted. The drama is there, it will be my responsibility to make sure it gets on the screen. I’m quite sure you will see many story elements in the book translated to the film.

Preston Sturges. Like me, he was a writer as well as a director. Many of his films have a light-hearted sensibility and he was loyal to the actors he worked with. 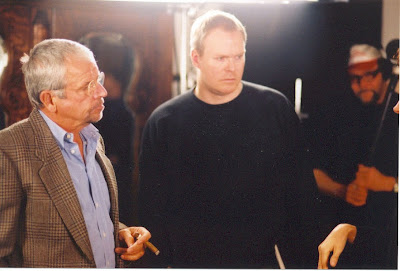 
www.olswanger.com/greenhorn/filmproject.shtml
Posted by middle grade ninja at 10:03 AM