Paula Chase and I chat about her novels SO DONE and DOUGH BOYS and what makes them upper middle grade instead of young adult. She discusses founding The Brown Bookshelf with Varian Johnson, the importance of representation in literature, and how we should focus less on Black pain and more on Black joy. We also talk about her writing practices as a committed pantser, how she fell backward into being an author, writing in the voice of teenagers, refusing to “just shut up” on social media, meeting Flavor Flav at a Waffle House, an actual ghost story, and so much more. 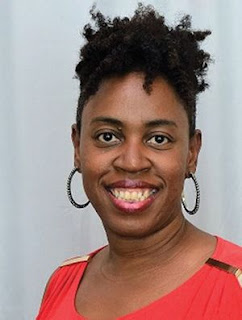 They say if you want something done, ask the busiest person in the room. They'll grab your task, throw it on the fire of their To-Do list and keep on burning. Paula Chase did that with teen lit and her debut novel, So Not The Drama. Concerned that YA was no more diverse than it had been in her teen years, Chase began writing contemporary fiction revolved around characters of color. Proclaiming her work, hip lit, a nod to the impact hip hop has had on mainstream culture, Chase's five-book series helped Kensington Books launch its YA line. Her critically acclaimed Middle Grade debut, So Done is among the growing number of books for readers "lost in the middle" of MG and YA. The married mother of two is also a co-founder of the award-winning blog, The Brown Bookshelf, a site designed to push awareness of the myriad of African American voices writing for young readers. 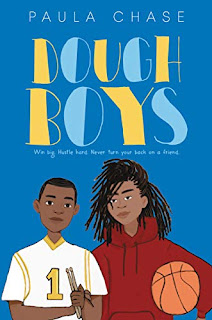 In the companion to her acclaimed So Done, Paula Chase follows best friends Simp and Rollie as their friendship is threatened by the pressures of basketball, upcoming auditions, middle school, and their growing involvement in the local drug ring.

Dough Boys is a memorably vivid story about the complex friendship between two African American boys whose lives are heading down very different paths. For fans of Jason Reynolds’s Ghost and Rebecca Stead’s Goodbye Stranger.

Deontae “Simp” Wright has big plans for his future. Plans that involve basketball, his best friend, Rollie, and making enough money to get his mom and four younger brothers out of the Cove, their low-income housing project.

Long term, this means the NBA. Short term, it means being a dough boy—getting paid to play lookout and eventually moving up the rungs of the neighborhood drug operation with Rollie as his partner.

Roland “Rollie” Matthews used to love playing basketball. He loved the rhythm of the game, how he came up with his best drumbeats after running up and down the court. But playing with the elite team comes with extra, illegal responsibilities, and Rollie isn't sure he's down for that life. The new talented-and-gifted program, where Rollie has a chance to audition for a real-life go-go band, seems like the perfect excuse to stop being a dough boy. But how can he abandon his best friend?

PaulaChaseHyman.com
Posted by middle grade ninja at 10:43 AM