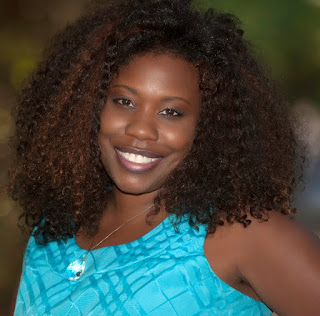 Brooks is a former Executive Editor at John Wiley and Sons and McGraw-Hill. She is the author of the children's book, Never Finished! Never Done! (Scholastic) and WRITING GREAT BOOKS FOR YOUNG ADULTS (Source Books) and the forthcoming title YOU SHOULD (REALLY) WRITE A BOOK: WRITING, SELLING AND MARKETING YOUR MEMOIR (St. Martin’s Press). In November, her annual contest for new writers the YA DISCOVERY CONTEST, is held in partnership with Gotham Writers Center WritingClasses.com/YAPitch.

She has been highlighted in global media outlets including Forbes, Media Bistro, Essence Magazine, Ebony, Magazine. Jet, Rolling Out, Writer’s Digest Magazine, The Writer, and Publishers Weekly. She is also the owner of Possibiliteas.co a tea company of master blended teas developed for creative minds. She is a pilot and a member of the Association of Author Representatives and New York Women in Film and Television. She is always interested in new and emerging writers.

Three Really? I can’t do three. Would it be too much to say my book WRITING GREAT BOOKS FOR YOUNG ADULTS.  No REALLY here are a few that I’ve been digging:

The Earth Moved: On the Remarkable Achievements of Earthworms AMY STEWART
Up a Road Slowly   IRENE HUNT
Born on a Rotten Day HAZEL DIXON-COOPER

Check out these titles:

Collaboration At Its Best
They say that the best problem solving and development happens in a group setting.  Publishing is a breeding ground for social interaction.  When I think about the number of people involved in the development of a book before consumers see it in the bookstore, its incredible.  Whether it’s the researchers, the editors, the publicists,  the marketers, the sales people,  designers, photographers, manufacturers,  or agents, we all share a collective responsibility towards making each book work.  I love being a part of a team of people all working towards a similar goal.

Unmistakable magic
Every book represents a journey into an authors enchanted imagination. And with each book  a   diverse range of subjects and styles are all expressed distinctively.  I can’t help but get excited by the unmistakable
magic that I experience when I’m allowed on the voyage.

Helping to Give Birth to Ideas
When people hear that I’m in the book business,   either they have a book idea, or their mother, cousin, sister or brother.  Everyone has a story or idea that they would love to share with someone.  And while not every idea is commercially viable, I find joy in helping writers give birth to deserving projects.  It is very satisfying when Im allowed to put my "touch" and perspective on a brand new idea.

Reading Skills Revolutionized
This business forces you to read and understand written information quicker than one would ever think possible.  I’ve learned to be more discriminating about the information I  take in .To think in some weeks I can average 100 queries.  I love that I’ve been able to master large volumes of information so fast.

Curiosity that leads to Discoveries
I’ve always been of the curious sort. Oh, whose doing that? What are they talking about?  Innovation? What if?   The publishing business rewards those that experience the emotional rush that comes with exploring, investigating, and discovery.

I have very little time for myself.

I rarely have time to read the best sellers.

Write what makes you excited, and if you can’t find a big enough audience
keep on writing.

Dead:
Geoffrey Chaucer. I love reciting from The Canterbury Tales.

Living:
Neil Tyson DeGrasse.  He’s and astrophysicist and I have so many questions to ask

www.serendipitylit.com
Posted by middle grade ninja at 8:09 AM