GUEST POST: "Middle Grade Fiction Opened Another Way to Connect With My Kids" by Emilio Iasiello 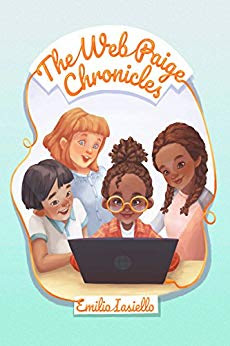 I have been engaged in the craft of creative writing since I was in grade school, writing a weekly series for the mimeographed school “paper.”  The stories were adventure-based with over-the-top characters engaged in action-packed heroics as they fought the bad guys and suffered knocks along the way.

I knew I was on to something when every Friday when the paper came parents picking up their kids would approach me and ask me to give them a sneak-peak into that week’s serial.  Apparently, they were reading the stories as much as the students were.  I learned my first lesson when it came to fiction – interesting creative writing could capture audiences of any age regardless of the age of the author.

Fast forward to today.  When asked by people what I do for a living, I tell them my full-time (cyber security) job pays me more than my other full-time job (writing).  This is my way of telling them, even though I earn a living as a cyber security expert, my passion lies in writing.  Hopefully, one day, the latter will supersede the former.

As a writer, I’ve had some moderate success in various writing disciplines – poetry, short fiction, screenplays, stage plays, and novels.  I’ve been fortunate enough to get work published and produced, and while they may not have garnered national attention, it has satiated the creative writing wolf that always looms large in writers’ doorways.  I consider myself an adaptable writer that likes to pursue the mediums that best suit the stories I want to tell.

Recently, I have been fortunate enough to have my middle grade fiction book, The Web Paige Chronicles published by Tell-Tale Publishing.  As a father, I have always wanted to write a book for my children, but never knew how to do it or what subject to highlight.  Most of my writing has been adult-focused, complete with the language and situations in which adults often find themselves.  But now I wanted something my children could read. They'll have to wait a few more years before they read their father’s more provocative works.

But what to write?

Focusing on kid literature was something new for me, and despite all the books I read to my children before bedtime, I drew a blank when I tried to focus on a topic.  Watching the news helped connect the dots for me.  As any parent can attest, one thing has become clear: as the Internet becomes more socialized in all aspects of our lives, in some cases children are becoming more adept than their parents at using the technology.

What’s more, as any Internet user, children are exposed to threats that lurk in the murkiness of cyberspace.  And that was the genesis of The Web Paige Chronicles – to write a story that follows a 12-year-old girl’s mission to help her friends and family navigate safely on the Internet. If children were smart enough to use computers and the Internet, then they were certainly smart enough to learn how to use them in a responsible manner.

And with this in mind, The Web Paige Chronicles represents the confluence of my two passions – cyber security and creative writing.  The challenge was to develop a character – in this case, Wilhelmina Evangeline Beatriz Paige, or “Web” to her friends – that was “real” to my target demographic.  The character had to exhibit all the attributes of children at this age – funny, quirky, inquisitive, intelligent – and then put her in situations that were immediately recognizable to readers.

The news (both traditional media as well as its online counterpart) is rife with true incidents involving children and a variety of hostile Internet presences, so it is easy to see the reality of the types of threats these kids face on a daily basis.  As such, when writing about them, it was important for me to present these situations as they are and to not sugar-coat them for sensitivity's sake.

Children are intuitive and smart and would know the real “truth” from a softened version of it.  That’s why some of the subjects addressed – cyber bullying, online predators, sexting – had to be approached in an honest, truthful way.  Equally important was how to address each of these issues and provide both the characters, as well as the readers, relevant information and resources to aid them when they find themselves in these scenarios.  Web Paige was a perfect conduit to convey to a younger audience what could normally be perceived as “dry” information.

I’m very pleased with the results of writing (and rewriting, and rewriting) the book, because as any writer can attest, following the characters on their journey is half the fun.  Invariably, both writer and the characters they write learn from each other.  But as a parent, more importantly I now have another way to engage my children in talking about the Internet, the advantages and disadvantages of being online, and why it is so important to learn how to act in a safe manner.  Hopefully, The Web Paige Chronicles can serve other parents in the same manner, enabling an open discourse on topics that impact their children.

Someone recently asked me if there is going to be a follow-up book.  I hadn’t considered it before, but what started as a one-off book has gotten me thinking that this character Web is not done with her journey.  And as a writer and reader of stories, I’m immediately drawn to characters that take me places I’ve never been as much as places I know well.  And along the way I learn something about myself.  I look forward to following Web on future journeys, because she has more stories to tell.

And I for one am listening. 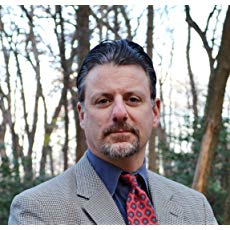 Emilio Iasiello is the author of the short story collection Why People Do What They Do, and a nonfiction book, Chasing the Green. He has published poetry in several university and literary journals and written the screenplays for several independent feature films and short films and has had stage plays produced in the United States and United Kingdom. A cyber security expert, Emilio has more than 15 years' experience in cyber threat intelligence leading teams in the public and private sectors. He has delivered cyber threat presentations to domestic and international audiences and has published extensively in peer-reviewed journals and cyber security blogs. He lives in Virginia with his wife and two amazing children. 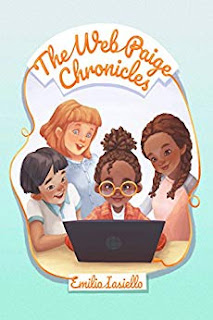 Wilhelmina Evangeline Beatriz Paige is better known as "Web" to her friends because of her seemingly endless knowledge of computers. Always eager to lend a hand, she takes pride in helping the "technically-challenged" in her neighborhood as part of her "pay-it-forward" philosophy. But when her closest friends become the targets of cyber bullying and online predators, Web realizes that safely navigating the Internet is more than just using strong passwords and antivirus protection. By helping those who can't help themselves, Web embarks on a journey through which she learns things from not only her friends, but also strangers, adults, and most importantly, herself.